By ROGER FARBEY
February 24, 2016
Sign in to view read count 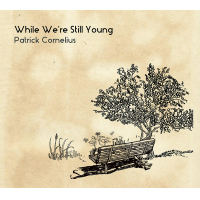 An alumnus of Berklee School of Music, saxophonist Patrick Cornelius has now released his sixth album containing a very fine suite of his own compositions, inspired by the poetry of A.A. Milne, the British children's author of When We Were Very Young. A brief horn introduction, reminiscent of the slow movement in Dvorak's Symphony No. 9 opens "Sand Between The Toes," rapidly ensued by a lively full ensemble section, and solos by Gerald Clayton on piano, Patrick Cornelius on alto sax, Nick Vayenas on trombone and Miles Okazaki on guitar, before returning to a robust ensemble finale.

"Water Lilies" is redolent of a Kenny Wheeler tune with the initial melody played by Jason Palmer on trumpet, then taken-up by the ensemble. Palmer and Patrick Cornelius on soprano saxophone both produce excellent solos. "Jonathan Jo" is a feisty number with the ensemble sounding like a cross between the medium-sized bands of Charles Mingus and George Russell. The groove here, along with an incisive riff, sticks to the memory banks like glue. "The Invaders," by contrast, is sedately Ellingtonian, the melody led by the reeds followed by the ensemble and an appropriately mellifluous bass clarinet solo by John Ellis.

The short and bop-infused "Lines and Squares" leads into an engaging guitar solo from Mike Okazaki whose amplified archtop guitar evinces a satisfyingly intriguing acoustic tone which is followed by breezy interplay between the brass. "Vespers," the longest piece at nearly eleven minutes, begins serenely with Okazaki's engaging guitar work soloing over piano, bass and drums, then moving into an ensemble section featuring solos from trumpet and alto sax and resolving with some frenetic ensemble blowing and finally more delicate guitar.

Special mention should also be made of Alban Low whose delightful artwork tastefully adorns the six panel digipak CD, respectfully channelling the Ernest Howard Shepard illustrations which, amongst many others, famously embellished A.A. Milne's most renowned book, Winnie the Pooh. This album was written with the aid of a commission from Chamber Music America and a grant from the Doris Duke Foundation, but crucially this work shouldn't just be labelled "chamber jazz" since it's very much more than that. Like its elegant cover, it's actually a work of art.