Thelonius: Where Do We Go From Here?

BY BRUCE LINDSAY
January 10, 2016
Sign in to view read count 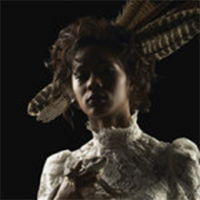 Where Do We Go From Here? asks Bristol-based Thelonius on a seven track live mini album featuring the hip-hop tunes (from A Tribe Called Quest, J Dilla, Gang Starr and others) that formed the core of the band's early influences. Where indeed. The title might suggest a band that's lacking direction—the music suggests a band that's more than capable of taking its jazz and hip-hop roots in whatever direction it might choose.

Thelonius recorded this album at a pub gig in Bradford-On-Avon. The stereo recording is decidedly, and deliberately, lo-fi and a little rough around the edges. This might well send audiophiles into paroxysms of despair—and the mix does leave the vocalists buried deeper than they deserve—but it does manage to capture much of the atmosphere and between-song banter of an intimate and friendly gig.

Previous Thelonius releases—Reminisce (self produced, 2012) and Crows On The Beeline (self produced, 2014)—have been all-instrumental outings. The version of "Award Tour" presented here is also instrumental, differing from the original mostly in the absence of a saxophone (the saxophonist had to pull out of the gig due to illness). However, Where Do We Go From Here? sees the band joined by singer Joanne Seddon and/or rapper Bertie Bass on the remaining tracks, bringing a new dimension to the band's sound.

Bass is a strong rapper—assertive and rhythmical. He delivers his rap on "Oh My Goodness" (based on A Tribe Called Quest's "Luck Of Lucien") with a real feel for the groove set down by bassist Dan Darbon and drummer Richard Evans—any attempt on the part of a listener to avoid some degree of moving to that groove becomes futile.

"Where Do We Go From Here?" originally appeared on Reminisce as the instrumental "The Lizard." The name change comes with lyrics from Seddon, who proves to be a soulful and emotive vocalist. Seddon also takes lead vocal on Janet Jackson's "Got 'Til It's Gone"—her voice is lighter this time around but remains just as engaging.

Where does Thelonius go from here? Haircut 100 fans may fear that it's down to the lake, but Thelonius fans need have no such concerns. While Where Do We Go From Here? (which is available as a download only) finds the band re-visiting past inspirations, it does so in a way that hints strongly and positively about the direction it might travel in the future— hopefully with Seddon and Bass in tow.

Award Tour; Where Do We Go From Here?; Got 'Til It's Gone; Song From Assata; Oh My Goodness (Luck Of Lucien); Ex Girl To Next Girl; Stakes Is High/T.R.O.Y

Title: Where Do We Go From Here? | Year Released: 2016 | Record Label: Self Produced