By Jakob Baekgaard
September 13, 2016
Sign in to view read count 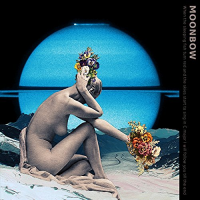 Every record seeks its ideal listener, but this concept is very abstract and often remains a riddle, but to Polish-born bassist, Tomo Jacobson, his ideal listener is very real and responded in the best possible way to the music on his album When the sleeping fish turn red and the skies start to sing in C major I will follow you to the end.

The name of the listener is the iconic bassist and composer, William Parker, and his reaction to the music was a poem that is included in the cover of the album. It is a long poem and deserves to be read in full, but the essence is clear enough: music is a journey towards the joyous realization of the essence of life. Like all true artists, Jacobson is on a spiritual quest and the music on the impossibly titled album is filled with hymns and anthems of wild beauty.

While the album is divided into six separate pieces, it should be heard as a suite, which is underlined by the titles of the compositions: "Fish," "And the skies," "Start to sing," "In C major," "I will follow you till," and "The end." Together they make up the title of the album like pieces in a puzzle.

Jacobson has gathered a large and diverse band with three saxophones, piano, guitar and drums. Among the musicians is the zestful drummer, Kresten Osgood, who is just as comfortable creating little tone poems on his instrument as he is driving the music forward with his swinging rhythms. Another noteworthy name is the talented tenor saxophonist, Mads Egetoft, whose look with the long locks of curly red hair corresponds to the burning fire that comes out of his horn.

In terms of texture, the barbed wire guitar of Anton Jansson plays an important role, along with the varied piano playing of Lucas Leidinger and then, of course, there is the leader whose big tone and earthy bass riffs carry the music forward.

Jacobson belongs to the tradition of great composer-bassists like Charles Mingus and the aforementioned William Parker. His music is both free and structured, with catchy motifs and solid swing. There is a certain wildness to the music, but as Parker notices, without any anger. Instead, the music whispers, screams and sings with joy, catching an impossible poetic paradox, like the transformation of the elements where water becomes air whose vibrations turn into earthy music filled with fire.

Fish; And the skies; Start to sing; In C major; I will follow you till; The end.

Title: When the sleeping fish turn red and the skies start to sing in C major I will follow you to the end | Year Released: 2016 | Record Label: ILK Music