Jeff Davis: We Sleep Outside 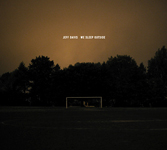 We Sleep Outside, his first album as a leader, focuses as much on his talents as a writer and bandleader as an improviser. Like many of his generation, his writing encompasses a number of genres, yet Davis understands the importance of creating a context for such diversity. Sequencing individual tunes into a suite-like program, the set unfolds episodically, seamlessly blending divergent moods.

Supported by his longstanding sextet (formed in 2006), Davis and company blur the line between the composed and improvised with ease. Frequently obscuring the roles of soloist and accompanist, he often divides the group into rotating duos and trios, while offsetting individual soloists with bouts of collective improvisation. His band-mates practiced interplay is reinforced by a communal sensibility, reflected in their use of Davis' services in their own ensembles, namely trumpeter Kirk Knuffke, bassist Eivind Opsvik and Jeff's wife, pianist Kris Davis. Rounded out by guitarist Jon Goldberger and saxophonist Tony Barba, Davis' unit embarks on a journey that revels in shadowy hues.

The brooding Masqualeroian drama of "Bruce and Brunost Suite" opens the album, establishing the tenor of the session with a foreboding electro-acoustic undercurrent. Episodic in scope and anthem-like in approach, the suite gracefully modulates through a number of sections, featuring a string of visceral solos from the sextet. "Black Beard" ventures deeper into pungent jazz-rock territory, spotlighting Goldberger's scorching arpeggios, Barba's volcanic tenor and the leader's turbulent kit work.

Davis' compositional prowess comes to the fore on "Slipper Hero," staging a series of dynamic interludes between different combinations of players before resolving in a soaring unison denouement. Culminating with similar fervor, but following a more expansive arc, "Talk to Me" rises from dulcet introspection to a cathartic dialogue between Barba's frantic tenor and Goldberger's incendiary guitar. Providing respite from the album's acerbic fare, the understated "Waltz" and haunting ballad "Fred Ullmann" reveal Davis' dark melodic gifts, while the collectively composed title track closes the album on a bittersweet note.

Underground scenes often foster an incredible range of new talent—counterbalanced by equally fierce competition. Historically it has been the role of independent labels to capture the prevailing zeitgeist, separating the innovators from the imitators. The Brooklyn-based Loyal Label is quickly becoming one of the most noteworthy of such stateside independents. We Sleep Outside is an excellent example of their aesthetic and a bold debut for Jeff Davis.