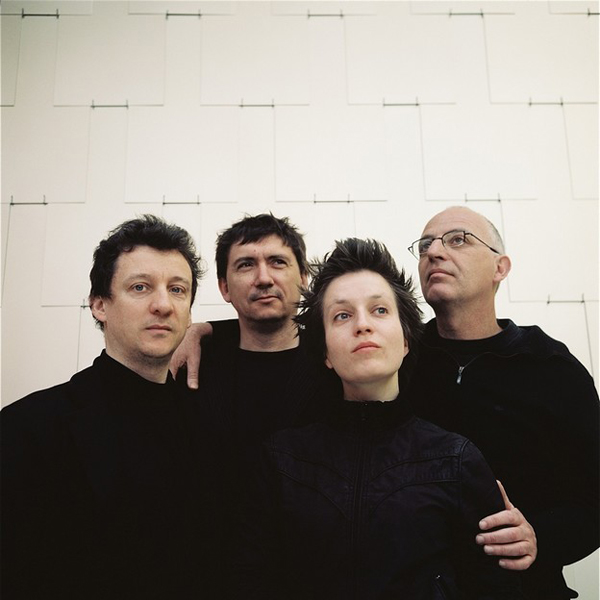 Vincent Courtois likens himself to an off-road, all-terrain vehicle: he takes his music to places where other cellists are reluctant to go. And it can't be denied after being in the company of his current quartet for an evening's entertainment that it's an exciting and awe-inspiring journey that he invites you on.

Playing regularly with two established experimentalists, Silvie Courvoisier and Yves Robert, both ECM artists, Courtois perfectly fits the profile of the modern jazz musician who naturally straddles the alternative categories of "regular" (jazz) and "new" (classical) established by the label 40 years ago. Having completed more than 15 years of study of classical cellism, Courtois now finds himself typically in the more amenable company of rock or even pop and agit-prop line ups. On this tour of the Baltics and Finland he was in the company of fellow avant-garde musicians who, like Robert, are able to follow him to the borders of his canvas, and easily off the page.

Robert is his greatest foil, armed with nothing more or less than eight feet of reticulated brass tubing and the gall to rebut electronically Courtois' fortified wails or whimpers. Working under the title "What Do You Mean By Silence?" these two soloists do their utmost to refute the very concept. At times operating in tandem and at others with the apparent intention of subverting one another's best musical intentions, Courtois and Robert frequently combine with vocalist Jeanne Added's often tortured but always translucent French or English lyrics. That their lines are frequently out of all apparent symmetry with hers amazingly doesn't disrupt the singer's flow of sound, as the threesome veer from one emotional precipice to the next. Drummer Francois Merville does his part in ensuring the evolution of the cacophony with flicks and bursts of energy, in addition to small helpings of his self-produced electronic percussive loops.

It seems that a complete instrumentalist is not replete today without additional electronic manipulation. These three musicians are generally adept at restraining this inclination, although Courtois on occasion relishes its full possibilities. Whether the quartet fully banished the ghost of silence is unlikely, but they certainly enjoy the duel with conventional melodic death. Their Finnish counterpart on tour, Young Nordic Jazz Comet 2008 runners-up Elifantree, were equally as eclectic in creating combinations of mystery and miasma with their similar pristine female vocals and hard-working drum and saxophone accompaniment. Their youth may have deterred them from Courtois' extremes of expression, though their purely acoustic music plumbs similar depths of pain and pleasure.