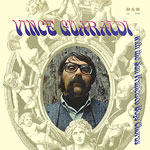 Even the biggest Vince Guaraldi fan may not know that this album existed. It was the only album released on D&D, Guaraldi's own label, and in the late sixties it was a commercial flop due to limited distribution and the lack of a hit single. It disappeared quickly from circulation and was only found by chance by fans scouring the bins for other releases. The D&D label has recently been resurrected as a way to get Guaraldi's work back in print, and Vince Guaraldi and the San Francisco Boys' Chorus is the last of Guaraldi's work yet to appear on CD.

Recording with a boys' choir is a fine idea that worked well on the Peanuts specials, but isn't really suited to more serious-minded efforts. Guaraldi himself may have been hesitant about the idea, for only half the tracks on the original release featured the choir adding shades of color. "My Little Drum will already be familiar to listeners from the Peanuts Christmas album, and Guaraldi makes good use of the choir on "Theme To Grace, a religious song where they fit in. But "Blowin' In the Wind just sound downright odd, and "Monterey never seems to develop from the main theme.

Far better are the tracks with Guaraldi backed only by bass and drums and old standby Eddie Duran on guitar. "Spice Island Theme and "Newport Theme are typically memorable originals that feature the catchy melodies that Guaraldi perfected. "Think Drink is a nice riff on a coffee commercial jingle, and even "Eleanor Rigby will please all the lonely people. A bonus version of "Newport Theme is included, as well as a version of "Peppermint Patty with horns that was originally the B-side to one of the singles.

At its worst this album is a noble experiment that didn't quite work out that well, and at its best it's a handful of memorable Guaraldi performances. While this has been heralded as the Holy Grail for the composer's fans, it turns out to be just an okay Guaraldi record. Nevertheless, it's good to have it back.