By ALEX FRANQUELLI
November 4, 2012
Sign in to view read count 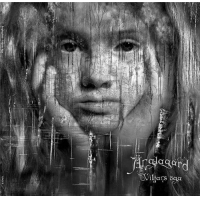 Complexity can sometimes be considered a form of art in itself and it seldom follows simplicity. Complexity is also impressionism in its purest form. Its faithful depiction of the present may be deemed naïve and unsophisticated, but it remains an unfiltered, pure representation of the being. Less than 20 years ago, Änglagård's albums, Hybris (Mellotronen, 1992) and Epilog (Exergy, 1995), caused a stir in the progressive world. The blending of the archetypes of progressive Scandinavian folk and fusion was a synthesis of aesthetics-one of which was vaguely influenced by Van Der Graaf Generator's cerebral harmonies, King's Crimson's jazz impetus, and the tradition of the Swedish polska.

Despite the long hiatus, the band is back with an album whose sound is a natural, thoughtful excursus on the state of progressive rock today. Not only is the final result a fresh take on an otherwise artistically comatose genre, but its taste for sonic beauty, beautiful representation of the world, (strictly in minor) and the odd time signatures, all make Viljans Öga unmistakably Änglagård in both a good and bad way. The complex patterns on "Sorgmantel," or "Langtans Klocka," loosely follow the diktats of the avant-garde (composers like James Dillon, Arvo Part and some John Adams), while the intricate melodies pay homage to fusion jazz by making solid references to the likes of guitarist Pat Metheny and keyboardist/composer Joe Zawinul. The elaborate, shifting rhythms, the elegant composition, and the clever arrangements are therefore not an end to themselves-they are the medium through which the mellotron, the piano, and the flute draw the sonic paintings of a perfect and ideal pastoral setting.

If the sound still appears to be modern, this is mainly due to the wise balance between tradition and experimentation. This is synthesized in "Sorgmantel," where flautist Anna Holmgren leads the rest of the band into bold dissonances before letting the song rest on a quiet, albeit sinister, folk texture.

Viljans Öga is a complex album in an effortless way. This powerful contradiction lies at the very foundation of Änglagård's legacy in a way that shows the delicate relationship between musical experimentation and folk tradition in a post- industrial society. The idyllic scenery is tarnished by nostalgia, hence the unending minor key, in a way that is so typically contemporary and Scandinavian. It's colorful, it's pleasant, it's challenging, and it's complex. Easy.