BY MARK CORROTO
November 1, 2002
Sign in to view read count 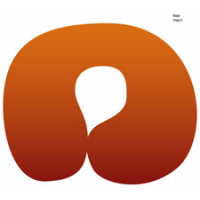 The quartet known as Food should perhaps lengthen their name to ‘Food For Thought.’ Veggie, their third release and first for the Norwegian Rune Grammofon label, delivers a seven course meal with, as they say, plenty to chew on.

The band formed in 1998 for the Molde Jazz Festival when the English saxophonist Iain Ballamy (Loose Tube, Bill Bruford’s Earthworks) hooked up with this Norwegian trio. That performance produced Food Feral Records (1999) and followed it with the critically acclaimed Organic & GM Food (2001).

Their American contemporaries would be the Chicago Underground duo (or trio, quartet and orchestra). But Food isn’t working from a post-Milesian world. They are coming more from a European free jazz and minimalist sensibility. Working closely with producer and sound artist Helge Sten, aka Deathprod, Food outputs a very congruous session. Trumpeter Arve Henriksen, Sten’s collaborator in the free jazz meets electronic band Supersilent, plays minimalist acoustic trumpet and computer processed horn lines with subtle breathy agility. Ballamy’s saxophone delivers ECM-ish chamber sound with an unpretentious edge, be it in the chapel sounds of “Eat” or the early Pink Floyd feel of “Chickpea.”

While nothing gets rushed by here, there is also a feeling of a tight mix. Food explores the improvisational world without meandering. Trumpet calls are doubled with a bit of electronic wash, and percussionist Thomas Stronen keeps up a human touch against sampled noise. The aural landscape is laid out as a desert of dark snow for listeners to pick up keen and sometimes muffled movements.

Food’s Veggie is assuredly a top ten record this year.