Home » Articles » The Art Of The Artist To Fan Relationship

Variations on a Theme: Perspectives on Fan Relationships

By BRIAN CAMELIO
August 30, 2010
Sign in to view read count
Something I've learned since starting ArtistShare is that the new "music business" is not so much a business but a platform for creating bonds between the artist and the fan. From that bond, fans will show their appreciation for the music in various ways which may include a purchase of some kind but also may not. It doesn't matter. A relationship built today will most likely turn into a purchase later and if it never does I can guarantee that it will at the very least turn into more fans which is even more valuable. The relationship is the most important asset in this business, not the sale. So why do so many artists resist this? My theory is that is does not fall conveniently into the of idea of being an "artist." For years, the recording industry has preyed on the psyche of the artist by feeding their egos and giving them the "star" treatment while simultaneously putting them into debt. I even had a conversation with a very well known artist who admitted that he knew he was getting taken advantage of but could not let go of the idea of the "limo at the airport" and the overall pampering that—in the end—he was paying for, and at premium prices! Creating and maintaining fan relationships can be as artistically fulfilling as the music itself and even more uplifting than the "limo at the airport." It all depends on how you approach it and it starts with developing a personal understanding of what the fan relationship means to you.

My friends over the years have taught me an awful lot about this very subject. I would like to share with you some experiences that hopefully will be as inspiring to you as they were to me.

I ran into my friend Trey Anastasio and his wife Sue on Columbus Avenue a few weeks ago. I have known Trey for many years now and in the past have worked with him on his solo projects and even did some horn arrangements for Phish concerts back in the '90s. We started talking about the state of music today and the good old days back in Burlington VT when Phish was just starting out. We discussed how much more difficult it is these days for young musicians to make their mark with all of the noise out there. We then started discussing the choices each of us were making with regards to how we approached presenting the music to fans. Trey said, "Before we make any decisions we always ask ourselves 'What is this going to look like in ten years to us and our fans?.'" I instantly recalled that roughly ten years earlier I was sitting with Trey in the Phish offices discussing string parts for a record he was making. His manager walked in with a huge box filled with thousands of cards. As Trey and I continued he was taking each of the cards out of the box and signing them. I asked him what he was doing and he said nonchalantly "Oh, these are birthday cards for our fans. If we have their address we send them a card on their birthday every year." At this time Phish were already bonafide rock-stars selling out stadiums nationwide. They had already achieved unprecedented success and there was no reason for him to sit there and sign thousands of cards. Couldn't he have an assistant do it? But Trey would never view things this way. Receiving a personal birthday card from Phish is undoubtedly an unforgettable experience for any fan but for Trey and the band they considered it an honor to do so as the fans were allowing them to continue to do what they are most passionate about, make music. Trey completely understands that music is a two way street and the rewards on both ends are priceless. Every decision they make is with an eye towards preserving the integrity of the band, the music and most importantly the relationships with the fans. If one does not lose sight of that, they will have a long and meaningful career. What does that look like ten years later, Trey? The same as it does today. Gracious and beautiful. 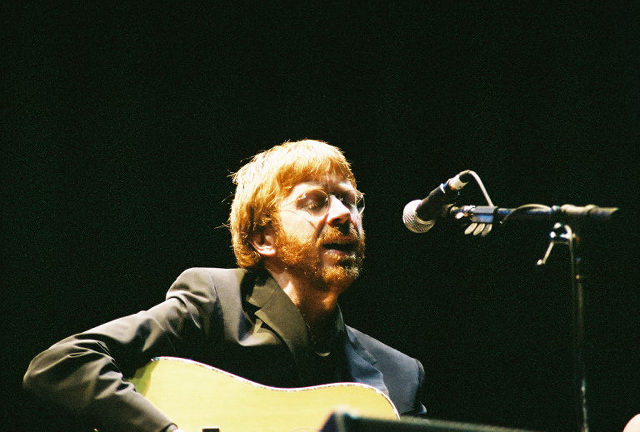 The music is the payoff, there is no other reward.

Speaking of rewards, I remember my first lesson with guitarist Jim Hall. I was a bit nervous and I am sure very naïve. Jim asked me what I wanted to do with music. I told him that I just wanted to be able to make a living playing jazz. He looked at me rather sternly and said "The music is the payoff. There is no other reward." I was a bit embarrassed and stunned by his response but that line has stuck with me for over twenty-five years and he is absolutely right. Money comes and goes but the mark you make with music and the rewards both given and received make you richer than most. I recently traveled to Italy with Jim where he performed a concert in a castle in the remote mountain village of Monteroduni. Fans traveled for miles, some for days, to this remote location just to hear him. The memory of the music and the friends we made will last forever. Long after the money has been spent.

I was filming a lesson at the ArtistShare office with Chris Potter not that long ago and our conversation led to how music is a connective energy between musicians and audience. Chris was saying that on a good night, he would feel a loop of energy flowing from him to the audience and then back to him on the stage. A sort of spiritual tennis match that perpetuated upon itself. I had never heard it expressed like that but it could immediately relate to it. What a great observation! I immediately started thinking of ways we could recreate this over the Internet. More on this as it evolves... 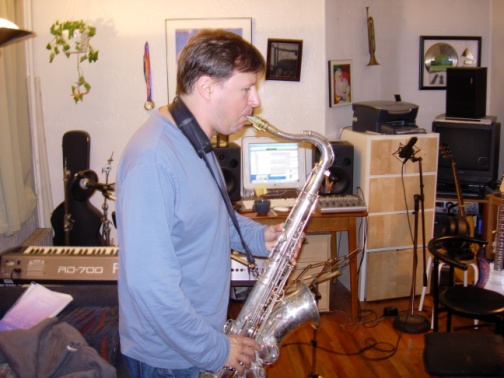 Throwing your money around.

Many years back a friend took me to Brooklyn to see a traditional West African dance performance. I am a big fan of the music of Senegal and was excited to be able to see the real thing here in NYC. The crowd was mostly Senegalese, many dressed in traditional formal clothes of the region. The performance started with a line of drummers who created a wall of sound that filled the entire hall without any amplification. One by one dancers came out on stage and improvised dance solos to the ever-changing beats and patterns being improvised by the drummers. At the height of one of the dancer's solos the woman in the audience sitting in front of me jumped up and rushed to the stage clutching a handful of dollar bills. When she got to the stage she threw it directly at the dancer. "What was that?" I asked. My friend explained that it is tradition in Africa to throw money or even jewelry at the dancer when you are moved by the performance. This was their way of showing appreciation for something that moved them emotionally. As you may have guessed, this had a huge impact on me.

You played with who?

Many years ago I was living in Vermont and one of my guitar students asked me if I wanted to go hear a concert that evening. She spoke Spanish and was asked to be a translator for a Brazilian singer that was performing in town. It sounded like it might be fun so I went to the show with her which was a benefit to save the rain forests in Brazil. Afterward we went to meet the band and escort them out on the town (downtown Burlington, VT on a Wednesday night. Whoohoo!). It really turned out to be a lot of fun. A group of about ten of us went to a local bar, hung out for hours and had a lot of laughs. I was speaking with one of the guys telling him how I had recently developed a love of jazz and some the musicians I liked the most. I mentioned Wayne Shorter and he said, "Oh yes, I have played with him a number of times." I thought to myself "What? Maybe it is a language thing. Why would this guy be hanging out with us in a dive bar in the middle of Vermont?" It was one of those assumptions you make that "important" people only hang out with other "important" people. These guys were just like us. Normal, unassuming folks who just love to have a good time. The guy I was speaking to was Milton Nascimento. We instantly became friends that night and over the years whenever I see him we still look back on those couple of days in Vermont as a very special time. Since then I have become a huge fan of Milton's music, I have every one his recordings, I go to every performance when he is in town and even the music for the first dance at my wedding was a Milton Nascimento song. First impressions are everything. 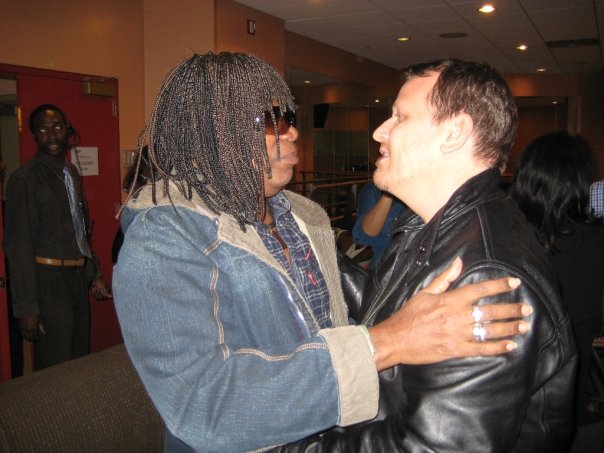 So what does all of this mean to me? It means that the relationship between the musician and the fan is a living/breathing thing and it needs to be treated with great care and respect. It also means that each artist has his/her own viewpoint and that a "one size fits all" approach will most definitely not apply to every scenario.

What part of the fan relationship do you value the most and why? How are you putting it into action? What is your variation on this theme? I would be very interested to hear your stories.

Variations on a Theme: Perspectives on Fan Relationships

Exploring the Essence of the Relationship