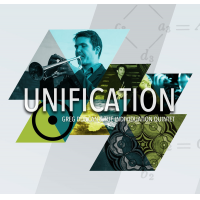 Let's start at the dénouement. Trumpeter Greg Duncan and his Individuation Quintet close their premier release with "Say Hey," a composition Branford Marsalis wrote for director Spike Lee's 1990 film Mo' Better Blues. The conclusion is a fitting genesis for Duncan's declaration. Just like fellow trumpeter Nate Wooley's refashioning of brother Wynton Marsalis' music on (Dance To) The Early Music (Clean Feed, 2015), Duncan has chosen to launch from what was probably the career apex of a previous generation. Duncan's quintet faithfully reanimates the music swinging as hard as Branford Marsalis' Quartet and reminding us, via pianist Ben Lewis' brief solo, just how much we miss Kenny Kirkland.

Quite often jazz listeners and musicians (especially those who don't read liner notes) are unaware of the chronology of a musical genre. Duncan isn't one of them. His straight-ahead/post-bop music stands on the shoulders of Terence Blanchard and the brothers Marsalis, who (although they might not admit it) stood on those of Miles Davis' first and second quintets. From this vantage point The Individuation Quintet is able to ascend into some rarefied air. Proof of this is both the musicianship and the underlying inspiration for the recording. Duncan chose an exploration of the subconscious, specifically Carl Jung's investigations, as the stimulus for the recording. Although {{Charles Mingus]} espoused Freudian ideas in his writings, both psychiatrists and band leaders composed very personal  and intimate music.

Technically a stellar sounding recording, Unification showcases some gifted musicians. Highlights include the delicately entangled time changes of "Shadow Side," where the rich saxophone of Doug Rosenberg and Duncan's trumpet combine, then exchange musical high-fives, the ballad "Red's Song," a most gentle ballad that features Duncan's flugelhorn, and the earworm of an opener "Intro. To The Subconscious," that clocks in at a mere 1:42, but packs a haymaker of a punch.