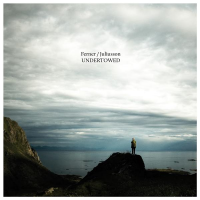 The duo of Norwegian guitarist Per-Arner Ferner and Swedish pianist Per Gunnar Juliusson was established in 2008 and already in 2010 was awarded the title Young Jazz Musicians of the Year in the JazzIntro competition in Molde Jazz Festival. This award led to a series of promoted performances in the next two years, culminated in this debut recording.

Ferner and Juliusson refer to themselves as the "Nordic school of ECM"— lyrical, melodic and often introspective music. Their music also carries the innocent, folksy and playful stamp of the heralded label's early 1970s releases, not only by Scandinavian musicians but also by such prolific composers as guitarist/pianist Ralph Towner—and even Pat Metheny, in his most expressionist moments. Even the cover photos by Kjetil Karlsen possess a similarly distant and chilly effect as many of ECM'sdont covers. The music of this duo refers even to earlier seminal influences such as the collaborations of Bill Evans and Jim Hall from on Undercurrent (United Artists, 1962) and Intermodulation (Verve, 1966).

But the music of Ferner and Juliussson—all composed by Ferner except three short and abstract improvisation—is much more personal. The exquisite compositions balance gently between the composed parts and thoughtful improvisations within the complex structures. The set begins with a contemplative title piece that emphasizes silence as part of the duo's musical vocabulary. On the nuanced and dense "Beyond the no margins hill," Ferner and Juliusson play dramatic, quarreling roles, while on the following "This I pointed to, to a disappointed you," both musicians deliver the same cinematic storylines, but from different musical angles.

The duo shines on the similarly cinematic "The road may belong to Baoding," blossoming patiently with a beautiful, serene theme sketched on Ferner's bluesy guitar and expanded by Juliusson. "Milla dates with density" is a breezy, optimistic duet despite its intriguing title. The closer is the dark and mysterious "Thank you dark matter, for keeping us together" where, with restraint, detailed and minimalist gestures, the duo manage to weave a complex, arresting narrative.

A very promising debut from an excellent duo.

Undertowed; Ascension, Beyond the no margins hill; This I pointed to, to a disappointed you; Small path; The road may belong to Baoding; Milla dated with density; Descension; Thank you dark matter, for keeping us together.