By JAKOB BAEKGAARD
October 16, 2016
Sign in to view read count
Stunt Records is the most prominent jazz label in Denmark, and for a long time they have released high quality jazz, but other genres have also caught the attention of label heads, Søren Friis and Peter Littauer. However, there is a decidedly mainstream appeal to many of their releases and the voices of the so-called avant-garde are relatively rarely heard. There have been attempts earlier to cover the more experimental alleys of jazz with the series Stunt X, but it has been quiet for some time.

Nevertheless, two fresh releases are now out that show the full scope of the label, from experimental mainstream to accessible avant-garde. Incidentally, the leaders behind the albums are both pianists and named Jacob. 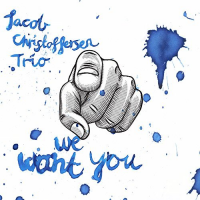 The pianist Jacob Christoffersen has been the go-to-guy for many great musicians. He is a regular at Danish clubs like Montmartre and La Fontaine and has supported many singers, including the acclaimed Sinne Eeg.

Christoffersen's playing is virtuosic, but at the same time completely natural and there is an immediate clarity about his melodic lines. He simply makes the piano sing and the rhythmical waves of the opener, "Home," introduces a style that manages to combine a certain thoughtfulness with musical movement. The added funky spice of a Fender Rhodes as a supplement to the primarily acoustic sound works well and the rhythm section is more than solid. Bassist Thomas Fonnesbæk is often mentioned as the heir of Niels-Henning Orsted Pedersen and his big sound and solid oak groove is pure pleasure while the drummer Zoltan Csörsz drives the music forward.

All of the music is composed by Christoffersen and spans the bluesy, melodic groove of "We Want You" and the beautiful farewell to the iconic Danish bassist, Hugo Rasmussen, "Farvel (For Hugo)." Here, Christoffersen slows down entirely and plays a lullaby without accompaniment, but most of all, We Want is a dynamic trio record filled with musical joy and melodic inventiveness. 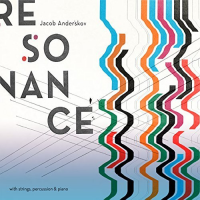 We Want You is a typical Stunt-release, a superb example of sophisticated mainstream jazz, but the pianist Jacob Anderskov is a surprising visitor on the label. He has previously released his records on the experimental ILK-label, but now shakes things up a bit on Stunt.

While Resonance is Anderskov's first release on Stunt, it is his second album with strings. The first album, simply titled Strings, Percussion & Piano (ILK, 2013), introduced the template that is also followed on the follow-up: a lyrical dialog between instruments. Especially the drummer, Peter Bruun, adds an element of surprise and tension, a both contrapunctual and supportive sense of rhythm that marks the rhythm in conventional manner on "8th Avenue Tranquality," with an almost lazy beat, and moves into cymbal coloration on "Capone."

Anderskov himself is in his most lyrical mood, but still has an experimental edge to his playing. He salutes Ornette Coleman with a reading of his composition "What Reason Could I Give," but otherwise the album consists of his own original compositions.

The strings never feel arranged, but become an organic part of the compositions that can both drift in and out. There is sometimes a romantic sweep to the music, but make no mistake, Anderskov is a modernist and the longing string lines on "Capone" are replaced by bold strokes on the strings and percussive clipped phrases on "Alpha."

Resonance is a fresh take on third stream jazz and proof of Anderskov's qualities as a composer and a musical thinker. The fact that the album is released on Stunt is a cause for celebration because it underlines the label's will to challenge itself and break down barriers instead of building them.

Tracks: Home; We Want You; And Suddenly You Know; 4 Life Goes On; Only Yesterday; My Irish Soul; The Night Wanderer; Long Tall; Farvel (For Hugo).