By HRAYR ATTARIAN
June 2, 2017
Sign in to view read count
In 2011 Chicago's Delmark label acquired the defunct Sackville Records catalog, a Canadian imprint that specialized in mostly trad jazz and the Avant-Garde. Since then Delmark has systematically put out previously unavailable gems from the Sackville's vaults. In the first part of 2017 it reissued pianist Abdullah Ibrahim's solo outing Ancient Africa (Sackville, 1994) and trombonist Joseph Bowie and saxophonist Oliver Lake's duet, Live at 'A Space' 1976 (Sackville, 1976). 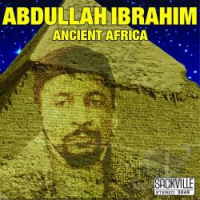 The first CD brings together material from two 1973 LPs Sangoma and African Portraits. The 2017 edition adds a previously unreleased track from the above sessions. Even early on in his career Ibrahim demonstrates his characteristic blend of African folk motifs, improvisational rigor and distinct spirituality. His unique pianism with its dense, resonant chords and his cinematic compositions are already fully formed and quite apparent

The title piece, originally appearing on Sangoma, is a haunting sonic tapestry that captivates with its lyricism and thrills with its vibrant passion. Ibrahim showcases an agile brilliance that brims with emotive intensity. On "The Aloe and The Wild Rose" that follows Ibrahim channels one of his idols and mentors, pianist and bandleader Duke Ellington. The dramatic array of moods, occasional whimsy and hints of dissonance are distinctly Ellingtonian.

The longest tune, "Cherry/Bra Joe From Kilimanjaro," initially issued on African Portraits, is not as polished and intricate as the rest of the music but it is in the same vein. Nevertheless it definitely captivates with its hypnotic refrains and its expansive undulating lilt. "Khotso," appearing for the first time anywhere, features Ibrahim on flute mixed with spoken recitation. It is an intriguing addition to the CD although it sounds a tad dated and neither enhances nor distracts from the overall work.

Delmark's reissue of Ancient Africa, as with other out of print gems, is a welcome addition to its discography. It sheds light on an important stage in the creative development of this ingenious artist. 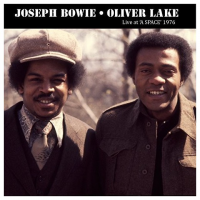 On April 10th and the 11th of 1976 Sackville recorded its second session at Toronto's "A Space" venue. The first featured reedman Roscoe Mitchell and his quartet  Live At 'A Space' 1975 (Sackville, 1975). The current one paired 22-year-old trombonist Joseph Bowie with up and coming saxophonist/flutist Oliver Lake for a series of improvisations on pieces Lake penned.

This stimulating album simply titled Live At 'a Space' 1976 opens with one of Lake's trademark compositions "Zaki." The dialogue that embellishes the melody sets the stage for the two musician's interactions for the rest of the disc. The pair exchanges spontaneous bars that serve as launching points for individual pensive musings. Even when "talking" to one another their conversation is more like overlapping, stream of consciousness soliloquys than a direct give and take. At an abstract level, however, Bowie and Lake complement one another.

The second track from the April 10th concert that is included in this CD is the passionate "Universal Justice." It is an energetic alto saxophone solo filled with exuberance, fury, angularity and even hints of contemplation.

The remaining music was recorded on the second day of Bowie and Lake's appearance at "a Space." "After Assistance" contains fragments of the blues with Bowie and his growling trombone and Lake and his fluid, muscular alto engaging in free-flowing call and response sessions. Lake honks and squawks never losing sight of the soulful nature of the tune while Bowie alternates between high blowing notes and heady buttery tones.

In contrast "Orang Butterflies" is more akin to a modernistic western Classical suite. Lake switches to flute for most of it. His hypnotic and introspective extemporization flows with agility over Bowie's thick, haunting trombone lines. The disc closes with the intriguing and effervescent "A Space Rontoto." Angular, humorous yet at the same time meditative and expectant the dramatic repartee showcases each musician's mastery on their respective instruments to thrilling results.

It is a shame that previously unreleased material does not exist from these two dates. This relatively brief record, however, is a testament to true ingenuity of these two master improvisers as the music sounds as fresh today as it did in 1976.