BY DAN BILAWSKY
February 18, 2010
Sign in to view read count 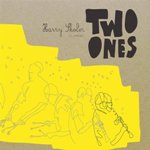 Two Ones—the title of clarinetist Harry Skoler's fourth CD—clearly alludes to the musical rapport between Skoler and vibraphonist/pianist Ed Saindon, in addition to referencing the way the album is divided into quintet and duo recordings. Skoler and Saindon have been working together for more than fifteen years and have developed a deep musical connection during that time. This album is a faculty-friend affair, with all five musicians on this date being faculty members at the Berklee College of Music, and Skoler couldn't have asked for more sympathetic musical colleagues to flesh out his mellow musical concepts here.

The first seven tracks feature the quintet and while similar traits are found in all of these pieces, enough little differences help to distinguish many of the performances. The first two quintet tracks, "Leaves of Autumn" and "Two As One," establish the tranquil mood of the album with a warm blend of Skoler's clarinet, Saindon's vibes, and Matt Marvuglio's flute. "Alpine Sunset," an elegant waltz with Saindon on piano, features a bit more energy from everybody involved; both Marvuglio and Skoler deliver the goods on their respective solos. "Giorgio's Theme," the only tune with some shades of Brazil, benefits from drummer Bob Tamagni's grooves and bassist Barry Smith's stability and malleability. "Piazzolla" captures the spirit, mood and swaying vibe that its namesake created in his "New Tango" compositions and features some sensitive piano work from Saindon. "Silent Serenity" shows these musicians to be very flexible as they play with the tempo and demonstrate a keen rhythmic sense.

While the quintet tracks each have their own sound, the duo recordings tend to sound very similar after a while. Though all of the performances are well crafted musical miniatures, the consistencies in tempo (medium to slow), instrumentation (clarinet and piano), and mood (slight melancholy to sunny) tend to make them hard to distinguish. The warm, pleasing sound of "Jenna's Voice" helps to make this a standout track and "Joyful Sorrow" which receives a quintet and a duo reading on the album, is exceptional. While the quintet version opens things up a bit, the duo interpretation distills the melodic essence of the song into a tender and beautiful two minutes and forty seconds of music.