By Kurt Gottschalk
May 7, 2009
Sign in to view read count 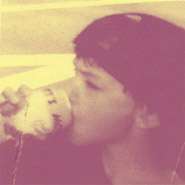 Musicians who collaborate with Loren Mazzacane Connors have to be prepared to enter his world. Connors is fixed firmly in his own distended blues, in wandering, mournful melodies and heavy quiet noise. The meeting won't be based on rhythm or key or swapping chops but waves of emotion laid bare.

Nobody (save Connors' wife, singer Suzanne Langille) has met that challenge as well, or as often, as Alan Licht. But running a close second is his guitar duo with Jim O'Rourke. Like Licht, O'Rourke has a good knack for sliding between accompanying Connors with quiet finger-picked patterns and matching him in swells of reverberating overdrive. Up to now, however, there has only been one Connors/ O'Rourke release, the now out-of-print In Bern, released by hatHUT in 1999. (Their collaborative relationship extends beyond playing together, however. O'Rourke reissued Connors' early album In Pittsburgh on his now defunct Dexter's Cigar label and produced, arranged and played on Hoffman Estates, a 12-piece band co-led by Connors and Licht and one of the most unusual records in the Connors discography.)

The Indiana-based label Family Vineyard has been doing fine work in compiling the recordings that Connors made on a variety of since disappeared labels, as well as releasing new and uncovered older recordings and now has come up with a second meeting with O'Rourke. Two Nice Catholic Boys is comprised of three long tracks recorded on the same 1997 European tour heard on In Bern and works surprisingly well as a second part to the earlier release. In Bern is a fairly delicate record, abstract and quiet, slowly building to a small explosion by the end of the disc. Catholic Boys picks up where the previous one left off, hitting immediately with O'Rourke stomping a slow, heavily distorted figure on Connors' clean, crying lead. They both inch forward, then inch again and within a couple minutes they are drowning out anything heard on the Bern record, while still retaining a fragile sense of melody. They do pull back at times and vary the complex relationship of two electric guitars often, but the careful balance of noise makes for the most surprising parts of the record. A decade after their first duo release, another 45 minutes is more than welcome.

Maybe Paris; Or Possibly Koln; Most Definitely Not Koln.