By John Eyles
March 20, 2021
Sign in to view read count
While it is comparatively easy to reel off the names of numerous Norwegian jazz and improv stars, such lists do not convey the breadth, depth and variety of the music that has been produced in the country in recent decades, a statement that is equally true of Norway's Scandinavian neighbours. Rather than copying musical styles from abroad, Norwegian players have developed their own distinctive variants, with such ingredients as the use of folk melodies and electronics making them recognizably Norwegian. Well known players' lack of pretension and their willingness to play with others have led to a culture of collaboration which has brought on lesser-known and younger, inexperienced musicians. Talking of which... 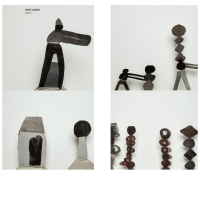 Although Kjetil Mulelid was not yet thirty years old when he recorded Piano, the solo recording came after a busy and productive period which included two much-praised Rune Grammofon jazz albums from The Kjetil Mulelid Trio, Not Nearly Enough To Buy A House (2017) and What You Thought Was Home (2019), four albums recorded between 2014 and 2019 by his touring quartet Wako—the latest of which, Wako (Øra Fonogram, 2020), was recorded by Arve Henriksen and featured him on trumpet, synth & sampler—and two recordings by Mulelid's folk-jazz duo Kjemilie with vocalist Emilie Vasseljen Storaas.

Piano is a landmark, the first solo piano album released by Rune Grammofon. When the label first suggested such an album to Mulelid in 2018, he was initially skeptical, but when the 2020 lockdown came, he had time to write and record it. Recorded in June and September 2020 at the Athletic Sound studio, in Halden, on their 1919 Bösendorfer grand piano, the sound throughout is exquisite, making the listener feel as if they are seated adjacent to the piano itself.

Comprising eleven tracks, none of which exceeds five minutes, Mulelid's music and performance more than live up to the instrument. Although composed, Mulelid's music flows smoothly and easily, with occasional improvised asides hinting at what he could be capable of. Richly melodic and harmonious, the tracks hang together well as a coherent album, with contrasts between them giving it variety. Ultimately, as it should, Piano leaves one wanting to hear more of Mulelid's solo piano—something we shall doubtless do in future years. Beautiful. 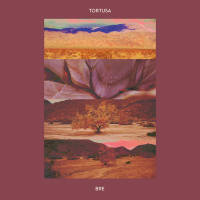 Bre is the fourth Jazzland album release from Tortusa in five years, Tortusa being the pseudonym of Norwegian-American electronic musician and producer John Derek Bishop. Three years in the making, the album features contributions from some well-known musicians who played on Tortusa's previous Jazzland recordings; guitarist Eivind Aarset collaborated with Tortusa on I Know This Place (2016), saxophonist Inge Weatherhead Breistein on Mind Vessel (2018), and trumpeter Simon Kiil Halvorsen on Eternal Return (2019); collaborators who were not on past Tortusa records include percussionist Erland Dahlen, trumpeter Arve Henriksen, and guitarist Svein Rikard Mathisen.

The album comprises twelve tracks, none exceeding five minutes, together totaling forty-five-minutes. Each track—except "Like Overfor," on which Tortusa is alone—features a recognizable recording of one or more of the above collaborators on their chosen instrument. Around these samples, Tortusa used tape recorders, synths, samplers and other tools to construct complementary ambient soundscapes. The results are slowly evolving, melodic pieces with a tranquil meditative quality. If three years seems a long time to produce three-quarters-of-an-hour of music, the resultant tracks justify that time; each piece created by Tortusa is ideally suited to the samples it contains, testament to the craftmanship and thinking time invested in them.

Altogether, Bre not only showcases Tortusa's talents but also those of all the Norwegian musicians involved. A credit to all concerned.