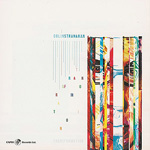 It is good to hear that the young drummer and bandleader Colin Stranahan is continuing his musical growth with Transformation. Like his debut 2004 album, Dreams Untold, this one features an quintet (largely consisting of new personnel) and provides all original tunes, many in an Art Blakey Jazz Messengers mode. Tenor saxophonist Michael Bailey returns, joined on four tracks by trumpeter Greg Gisbert; Jim Stranahan appears once, playing alto sax on his own composition, "It's Not Always About You."

Much of the writing and playing is accomplished by the Le Boeuf twins, Remy (tenor and alto sax, flute) and Pascal (piano); Dominic Thiroux is now the group's bassist. The dozen tunes were penned by them, as well as Stranahan. Both of the Le Boeufs sound like solid additions to the group, and their solo and ensemble playing is a definite asset. On "Piece of Mind," Gisbert, the most-recorded musician on this date, enters on trumpet; and on "The Search," he provides a probing solo, followed by strong piano work from Pascal Le Boeuf and then alto sax from Remy Le Boeuf. Vibraphonist Mark Clifford makes a singular appearance on his featured track, "Out of Reach," with a refreshing sense of dynamics.

As a leader, Colin Stranahan doesn't require a plethora of drum solos to establish his presence. His subltety, compositional skills and assemblage of fine players say it all.