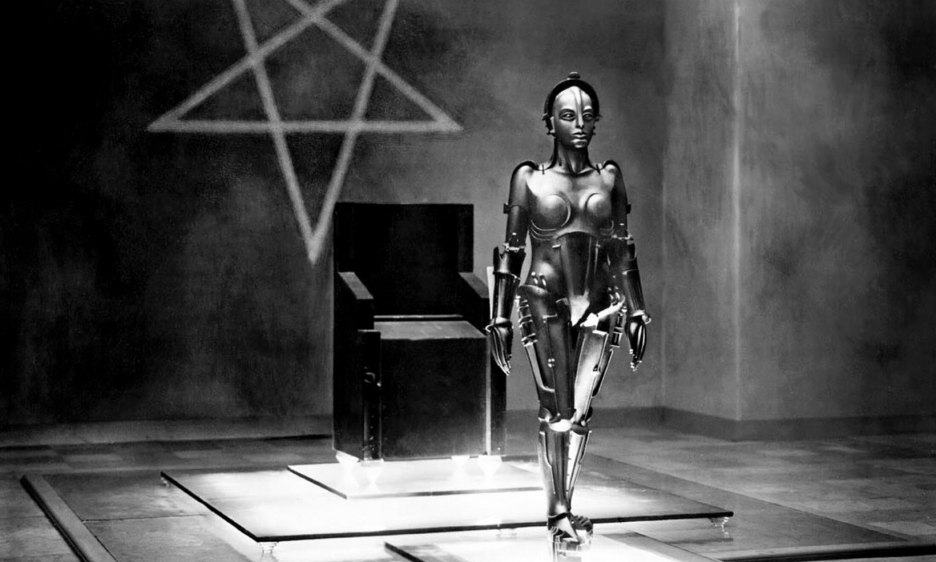 BY PATRICK BURNETTE
April 1, 2019
Sign in to view read count

'It was horrible,' a witness to the carnage told this reporter. 'I heard this sexy, sultry alto voice repeating 'does not compute,’ and then there was a bright flash of light and a sound like the first bar of an EDM song.'

In a little-reported story from this year's CES, an audience of over a hundred late-middle-aged men was inadvertently vaporized by a malfunctioning demonstration. Attendees arrived eagerly anticipating the public debut of the latest collaboration between Japan's Mitsubishi Corporation and Sony Music Group, the Chanteuse 3000, Mark IV. This Chanteuse 3000 is a fully programmable "jazz"-singing android capable of performing any song whatsoever -as long as it is from the Great American Songbook. The designers have been close-lipped about the most innovative features of the mechanical song-bird, and our reporters are still trying to decode the following specifications leaked days before the demonstration: 23. Blnd. 36-24-36.

The presenter, Dr. Sven Gallo, admitted the design had not been fully perfected yet. "We are still having difficulty getting the android to perform as mechanically as the singers it is designed to replace," he told a reporter, "but are hopeful the design will be perfected soon."

Unfortunately, soon after the interview, Dr. Gallo was disintegrated along with the prototype chanteuse and the hundred eager attendees when a wag in the back-row asked the machine to perform a song written after 1955 and it exploded.

"It was horrible," a witness to the carnage told this reporter. "I heard this sexy, sultry alto voice repeating 'does not compute,' and then there was a bright flash of light and a sound like the first bar of an EDM song." The witness began sobbing. "After that, all that was left were a few scraps of ball gown and half a dozen toupees."

A representative from the Chanteuse Collective offered his condolences and confirmed that the prototyping would continue, albeit with tighter security measures.

He confirmed that next year's model will be designed to tell audience members to "fork off" if they request a song written after the Truman Administration, rather than exploding with the heat of a thousand suns.

"Honestly," he said, "it was one of the problems you couldn't anticipate until it took place." He shook his head. "Somebody asking for a Radiohead cover at a jazz recital. What is the world coming to?"