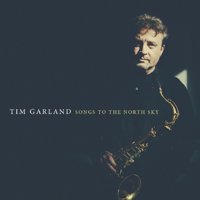 So much of multi-reedist Tim Garland's recorded output takes nature as its inspiration. The eternal symphony of the sea, the theatre of sky, light and air and the vistas that have accompanied Garland's twenty plus years on the road are ever-present in his works; Songs to the North Sky is no exception. The first of two discs features Garland's Lighthouse project in tight quartet settings, while the second disc comprises "Songs to the North Sky"— an epic orchestral suite that refines and expands the symphonic ambition of the four-part "Frontier" suite with the Royal Philharmonic Orchestra from the outstanding Libra (Global Mix, 2009).

Presenting a small jazz ensemble on one disc and an ambitious classical/jazz hybrid extended work on another is a canny strategy that Garland successfully employed on Libra. First and foremost it showcases Garland's versatility and secondly, it extends a bridge between jazz and contemporary classical music fans.

Garland's soprano sings softly on the slow tempo number "A Brother's Gift," with lyrical interventions from Ant Law on steel string guitar, Rebello, and a memorable solo turn from Sirkis on the extra-terrestrial cooking pot, the hang. Garland's warm tenor tone is at the center of the mellifluous "Little Sunshine"—with Rebello again shining—and on the mid-tempo "Yes to This," where Garland's melodically inventive solo sets the benchmark for Law on electric guitar and then pianist John Turville who follow. On "The Perth Flight," Garland's tenor burns with greater intensity, but his most arresting playing—in turn sparse and fiery—comes on "Farewell to Ed," a passionate lament where lead and comping lines are blurred, with Sirkis' percussive guile stirring the collective pot.

The second disc reunites Garland with The Royal Northern Sinfonia Strings almost a decade on from If the Sea Replied (Sirocco Music Limited, 2005). On that recording and the even more ambitious Libra Garland's core trio were—for the most part—the chief protagonists, though in an interview with All About Jazz at the time of Libra Garland explained that the opening track was orchestra-only in deference to the trio's position, as Garland saw it, as "guests of the orchestra." There's no such protocol on "Songs to the Northern Sky" where the integration of the various voices reflects Garland's increasingly inclusive approach towards composition.

Tender tenor saxophone and the enveloping warmth of the Royal Northern Sinfonia Strings sound the opening fanfare of "The Road into Night"—a balm for tired souls. Classical percussionist Neil Percy's urgent xylophone and a sawing violin riff dictate the tense ambiance of "Dawnbreakers." A recurring characteristic of the entire song-cycle is the subliminal yet pivotal role that lesser voices play in shaping mood; one example is the metronomic triangle note that gets beneath the skin on "Storm over Kieder" before being gradually baton-relayed to saxophone and then smoothly transitioned to the RNSS' voice.

The suite runs a gamut of emotions from the caressing, sparse melodic contours of "Lullaby of the Road" and the brooding "Storm over Kielder" to the intense dramaturgy of "Shapes Over Northumberland," where bass-arco drone and tinkling metallic percussion underpin string sections of stark juxtaposition—shrill and nerve-shredding on the one hand, dark and menacing on the other. A tug-of-war between grooving jazz syncopation and quasi-martial classical motifs provides the narrative of "Sage and Time."

Several "Interludes" feature John Patitucci's unaccompanied bass improvisations, which act as bridges between movements. Jamming on simple riffs, Patitucci gradually stretches and molds his lines, and in the case of "Interlude 4," develops a deeply lyrical melody that the RNSS seamlessly adopts at the outset of the pastoral, Ralph Vaughan Williams-esque "A Journeyman's Horizon." A deep string drone underscores "Freedom to Wander," a spacious segment that pits Sirkis and Garland briefly together. The strings' arrival, ethereal and gently piercing like rays of light through clouds, is beautifully hypnotic. It might have made the perfect ending, instead, like a concert-closing theme typical of jazz events, "Sage and Time" (remix) gets another go around, with Patitucci probing on electric bass as Garland's soprano rides the RNSS's waves one last time.

There's a romantic grandeur in Garland's articulate and thrilling writing that's hard to resist. The powerful, emotive evocation of place that is "Songs to the North Sky," the gorgeous integrated textures and wonderful playing on this sublime effort further cements Garland's position as one of contemporary music's most forward-thinking figures.