By Chris May
September 5, 2012
Sign in to view read count 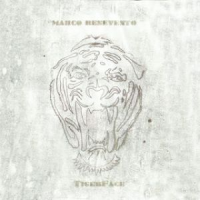 When a renegade instrumentalist such as keyboardist/sonic adventurer Marco Benevento records an album with a relatively big budget, and with the shock-horror addition of a vocalist, it can be bad news for the core audience. Bye bye bohemia, hello mainstream. TigerFace was tracked, not at Benevento's usual Brooklyn location, but at Los Angeles' EastWest studio, where the Beach Boys recorded its 1966 sonic masterpiece Pet Sounds, a studio which does not come cheap; and it features, on two tracks, Kalmia Travers, vocalist with Brooklyn indie-dance band Rubblebucket. But no worries. Benevento has created his most audacious album to date.

The trick is, Benevento has put the production budget at the service of the music, not the music at the service of the lowest common denominator. As on his earlier albums—Live at Tonic (Ropeadope, 2007), Invisible Baby (Hyena, 2008), Me Not Me (Royal Potato Family, 2009) and Between The Needles And Nightfall (Royal Potato Family, 2010)—the focus continues to be the marriage of vibrant rhythm and kaleidoscopic sonic invention, the last created on Benevento's baby grand, wired to a custom-made collection of effects devices and set off by an armory of arcane and/or mutated electric keyboards and circuit-bent children's toys. As before, the source material is Benevento's singularly quirky compositions, which include potentially chart-topping hooks and choruses as standard, but which go to gloriously unexpected places along the way. Benevento, too, has surrounded himself with the same group of heterodox free-spirits heard on his earlier albums, notably bassist Reed Mathis and drummers Matt Chamberlain and Andrew Barr. Finally, Kalmia Travers' sparingly employed vocals, heard only on the opening two tracks, the second of which also closes out the disc in instrumental form, sit comfortably with what is going on around them.

TigerFace is Benevento's most consistently kick-out-the-jams set to date; the sound is bigger and heavier than previous albums, with bass and drums shoulder to shoulder with the lead keyboard at the front of the mix. Yet there is still plenty of dynamic play, and the occasional pastoral interlude (such as the lovely opening part of "Basilicata"). Ali Heinwein's layered violins bring a further dose of otherness to the anthemic "Eagle Rock."

Highly recommended, TigerFace is totally impossible to categorize and totally wonderful, and if the addition of a vocalist on two tracks gets Benevento more airplay than he has previously enjoyed, it is about time.