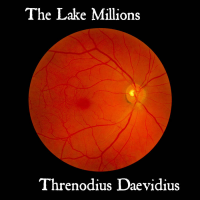 It can't be a coincidence that some of the best concerts and some of the most rewarding first-time-listen albums will come about when there has been absolutely no anticipation of the experience to come. So the advice is to put aside this text and put in a search at Bandcamp, or better still trot down to your local vinyl shop.

For the majority though, what would be the point in perusing an online magazine were it not to find some cross-cerebral cultivation of the experience we call music? Accepting that we are all creatures of multiple senses, finding the right selection of these before adding a dose of Mr. Josh Pollock's potion is critical to future pleasure. He once wrote that music should be an experience "with massive potential for ecstatic transcendence," so be careful with your neurons!

Josh Pollock started his artistic career with some teenage film projects in the Mojave, and has worked with his improvisational muse in a broad variety of scenarios since those heady times in the early 80s. A near-chance meeting with Daevid Allen in 1990 led him to fall into the orbit of this founder of inter-synaptic pioneers Soft Machine, Gong and, with Pollock on guitar, loud-hailer and assorted effects, Allen's final major new ensemble The University of Errors, or UofE. Pollock was pushing mid-career himself when this new turn saw him step from behind various musical and performing roles in San Francisco theaters to become lead, and often lewd, guitar, first with the UofE and thence with Gong itself.

Although he didn't retain this dual role for more than a few of years, as a committed guitarist Pollock is eager to point out his debt to the late lamented Australian, not just as band leader but on his day as an inspirational instrumentalist. Hence the production for a late night local radio show in LA of this extended musical tribute to Allen in response to his friend's death in 2015, a threnody. As the dictionary tells, this is "a wailing ode, song, hymn or poem of mourning composed or performed as a memorial to a dead person." But as one might expect from Pollock's association with Allen, who was an avowed follower of pataphysics and was renowned for mixing his musical as well as logical mores, this improvised work veers from the lyrical to the ludicrous. Recorded live on local radio station KZSU, Pollock calls on his relatively recent experience with guitar pedals and boxes, and presumably a healthy dose of computer software as well as what sounds like a Casio mini-keyboard, to produce a sometimes dreamy, sometimes scary voyage through scenes reminiscent of the soundscapes he produced with both previous collaborations with Allen. It all ends on a slightly serious note with Allen's more than scatty, home-recorded version of a conventional classic, perverted into 'A Piss is just a Piss'!

The work includes elements of many of Pollock's musical roles: noise merchant, lyrical accompanist, disrupter of performance convention. Here he appears under the title Lake Millions, but working around Oakland and the west coast he works as DJ Female Combat Scorpion. Old Gong fans will not be disappointed with this release, not least by the slightly edited version of that home-recording by Allen in Pollock's flat from his time with UofE. The breadth of music that Allen inspired is reflected also in Pollock's own recent works, much of which are available via links on SoundCloud. But remember, for this one you need at least 41 minutes of adulterable attention to savor a truly devotional project.