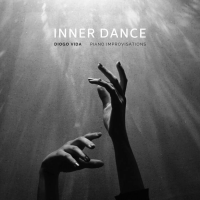 The isolation album has sprung up as a new genre practically overnight—an unfortunate if unavoidable development in the season of Covid-19. If Diogo Vida is one among many in that regard, at least where quantity is concerned, he also stands alone in having a quality all his own. This outing makes a candid snapshot of an unusual time, having been recorded over one day near the beginning of the global shutdown and released the day after. Comparisons to Keith Jarrett are probably unavoidable, from the capricious style-mashing to the recording's format (three fairly lengthy suites followed by two shorter encores). Still, such obvious surface comparisons aren't entirely fair to the passionate introspection of Inner Dance.

Vida's improvisations continually glide from one motif to another with the organic logic of a wild nature ramble. Airy folk can glide right into to classy chamber meditation. Introspective jazz gets crossed with angry roiling or touches of gospel. Vida's unstoppable restlessness is matched by a remarkably deft smoothness in bringing all his ideas under the same evocative umbrella. Inner Dance is an apt portrait of its strange moment, vividly portraying all the uncertainty, yearning, hope and persistent creativity it entails. 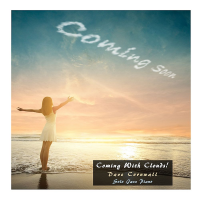 It's a more straightforward affair here, as hearty folk and gospel are the order of the day. Coming with Clouds is a quietly uplifting outing that comes out light without becoming lightweight. Dave Cornwall is guided by feel and intuition rather than elaborate explorations—which is not to say that the performance is rote by any means, just that all the small touches and flourishes keep the songs' often-simple purity at the center. The chestnuts here are old-time worship songs, humble, soothing and made to last. The playing is straightforward enough that some jazz listeners might find the "Solo Jazz Piano" subtitle a bit misleading, but that's beside the point. Cornwall renders them with a plain sincerity open to anyone of any faith or none—the main thing is the heart underlying it all. Amid the craziness, it's always helpful to slow down and take in something good for the soul.

Despite the first half of the title, Dark Matter is a mostly upbeat and eminently enjoyable affair. The recital is so named not because it's overly mysterious (though it would be a most appealing kind if so), but as a metaphor for how it synthesizes Lafayette Gilchrist's loves and influences, in the same way that actual dark matter weaves through and binds the substance of the universe we know. A spectrum of elements are spun through this hour, and yet the solo format and the player's affable playing style bind it into a seamless and exuberant whole.

Gilchrist kicks off with a spry soul vamp over which he bounces like a dancer first jumping onto the floor. From there he hops from boogie to ballad to sprightly bebop and blues, all insistently driven by a left hand that almost never settles down. "Spontaneous Combustion" interestingly belies its title with a steady burn rather than sudden blistering heat, while the most minor moment in "Blues for Our Marches" tinges its semi-downbeat shadings with a little optimism. Those stretches aside, it's a vivid and inspiring set that spans the globe smiling and dancing. There's a lot of sound and a lot of music here to be coming from just two hands, but Gilchrist makes such catchiness and grooving fun seem effortless.

Tracks: Only Believe; Glory Glory Hallelujah; What a Friend We Have in Jesus; Leaning on the Everlasting Arms; Great Is Thy Faithfulness; Now I Belong to Jesus; It Is Well with My Soul; Up from the Grave He Arose; Lord's Prayer; Let Us Break Bread Together.