By John Eyles
March 22, 2015
Sign in to view read count
It seems that Swiss-born tenor saxophonist Bertrand Denzler is already involved in so many contrasting groupings that he would have no need to be joining or creating yet more. Active groupings of which he is a member include Hubbub, Mark Wastell's The Seen, Trio Sowari, Zoor, plus a trio with Eddie Prevost and John Edwards. Some others seem dormant, but not actually extinct, including the saxophone quartet Propagations, his own Bertrand Denzler Cluster, and a duo with Hans Koch. In addition, in the wake of his innovative solo album Tenor (Potlatch, 2010), he must be much in demand on his own. All of which makes it incredible that the three releases below are the first by three new groupings, a quartet, a duo and a large ensemble. Even more extraordinary is that these three albums were recorded within a six-week period between May 18 and June 27 2014. Impressive stuff. 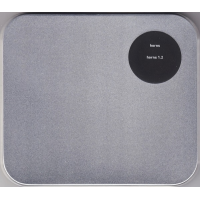 The quartet Horns is well-named, consisting of two saxophones—Denzler on tenor and Pierre-Antoine Badaroux on alto—plus Fidel Fourneyron on trombone and Louis Laurain on trumpet. Some seven years after Denzler was one quarter of the saxophone quartet that recorded the ground-breaking Propagations (Potlatch, 2007), Horns feels very different but may be just as radical. The quartet was specially created to play the "Horns" pieces written by Denzler. The decision to mix saxophones and brass was a wise one, as this quartet breaks new ground and the timbres of its instruments ensure it avoids comparisons with the Propagations quartet. This album's only track, the forty-minute title composition, is described by Denzler as a "pseudo-drone" piece, with "the overall sound of the ensemble being structured by the decisions the musicians have to take in order to keep this sound alive while moving in a small, pre-established musical perimeter, and the acoustic phenomena resulting from these decisions." In practice, those words translate into a sustained piece to which all four players contribute to keeping the sound alive, subtly altering their contributions as and when they see fit, in order to blend in with the other three. It cannot be called a drone (hence, Denzler's phrase "pseudo-drone") as it never settles down to a steady state but is in a constant state of flux created by every decision made by each player. Those decisions are not entirely free but are constrained by Denzler's composition, with the consequence that the four instruments fit together well, combining into a piece that makes fascinating and satisfying listening. 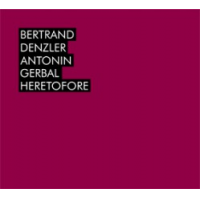 The duo of Denzler with drummer Antonin Gerbal is a new one, but the two have had experience together in the trio Zoor which has been together since 2011. Of course, to play together in a saxophone-drums duo requires the participants to be familiar with one another. While there are successful precedents for the format—Coltrane/Ali on Interstellar Space (Impulse!, 1974), Parker/Stevens on The Longest Night (Ogun, 1977)—they feature pairings of players with history together. On the one thirty-four minute title track of Heretofore, studio-recorded in May 2014, Denzler and Gerbal are recognisably the players who collaborated in Zoor and, unsurprisingly given Denzler's thirst for innovation, they create a new paradigm for saxophone-drums duos. As in the trio, Denzler avoids pyrotechnic displays, instead employing plenty of sustained notes which are held long enough to be savoured by the player, his playing partner and his listeners. Gerbal is just as restrained, providing a variety of support, commentary and coloration while keeping a steady pulse ticking over. Crucially, as in any successful duo, there is a balance between the two players, with the style of each being apparent but neither dominating the other or hogging the limelight. This is certainly a duo for the future, one to watch out for. 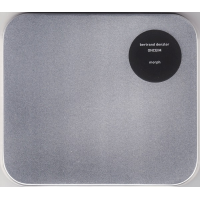 Morph is another piece that is described by Denzler as a "pseudo-drone" which makes it a companion piece to Horns 1.2, the two being issued together by Confront in their appealingly distinctive square metal box packaging. While there are undoubted similarities between the two albums, the differences between them are more significant. Firstly, ONCEIM is a very different animal to Horns, consisting of thirty players—including Denzler, Gerbal, Laurin and Badaroux—on a variety of instruments taking in piano, accordion, reeds, brass, strings, percussion and electronics. Whereas the quartet Horns was created to play Denzler's pieces, ONCEIM is a well-established ensemble, having been founded in 2012 by Hubbub pianist Frédéric Blondy. The ensemble plays occasional gigs in Paris, at venues such as Église Saint-Merry, where this album was recorded in June 2014. While "Morph" and "Horns 1.2" are clearly based on the same principle, the greater number of players and the greater diversity of instruments in ONCEIM makes its music dramatically different to that of Horns. Its thirty instruments create a fuller, richer soundscape than the four horns while it evolves more slowly as each change by a musician is one thirtieth of the totality rather than a quarter. Consequently, the end result is more truly drone-like than its companion piece. Yes, the two are very different, but they shed light on each other and so are best heard together. The same is true of all three of these releases; together they are part of the evolution of Denzler and so each one is an important piece of an ongoing jigsaw.