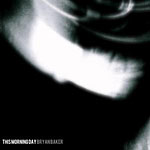 Listening to guitarist/composer Bryan Baker's This Morning Day —the follow-up to his 2006 debut, Aphotic (Enilkrad Music)—is like going on a blind date. When focusing on the music—instead of Baker's impressive résumé—it's imperative to keep in mind that the excitement and anticipation of the unknown is half the fun. In this case, it's a promise that's not forsaken when exploring This Morning Day's nine self-penned compositions.

Viewing Baker as nothing more than a young and talented guitarist, who hit the road with Steps Ahead barely fresh out of Berklee's College of Music, would not do him justice. To assess him as a child prodigy who became a teen teacher at the Los Angeles Music Academy might also not serve as a proper introduction. Listening to his music, with a growing awareness of Baker's own world of imagery, is the best way to get a glimpse of what makes him tick as a musician and composer.

The first two tracks recall Lounge Lizards, Tribal Tech and echo of '80s pop and rock. Baker's lead on the opening "Teeth" is mind-numbing, and Aaron Henry maintains the spell when taking over on sax for the final section, so it's a bit of a cruel ending when the track flows into "Silverlake"—an '80s gloom and doom artifact, but without the weakness and self-pity so often portrayed back in the day. There are hints of introversion, evocative of gut-felt homesickness, just before Henry's distant sax appeals to an earlier loss of bite and appetite that suddenly finds gratification when least expected.

"Patient Roark" feels, at times, like debris from "Rocket Science"—one of Tribal Tech's purest gems—but in the most poised and positive meaning of the word as Baker really tears it up. Henry's role as a shadow player is absolutely brilliant. "Solace like Statuary" comes closest to defining Baker's unique perception of jazz, and how his music distorts, confuses, and melts into sounds that seem to burn bridges and push boundaries. What lies beneath is a deep passion for music in an elegant composure.

Track titles like "((4157))" and "Limberlost" are as enigmatic as the music they stand for, while "The Boy Soldier, The Lynx" provides respite. "Prime" is a wonderful coda, with repetitive distortion that tests the senses of reality, calling for abandonment of ship to unconditionally enter Baker's universe.

Teeth; Silverlake; The Boy Soldier, The Lynx; Patient Roark; Solace Like Statuary; ((4157)); You Should See Your Lips Move; Limberlost; Prime.