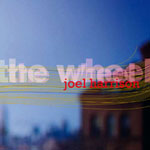 A wildly diverse improviser/composer/arranger with a penchant for unorthodox instrumental combinations, guitarist Joel Harrison has sustained one of the most unpredictable discographies of the last decade with his chimerical mix of jazz, blues, chamber music, African and Indian folk music, Appalachian tunes and old school country songs.

Nothing in his expansive output approaches the episodic grandeur of The Wheel however. A five part suite written for a combined string quartet and jazz quintet, Harrison's long-form work succeeds where many similar experiments have faltered.

Early attempts to integrate classical forms with jazz improvisation can be traced to the seminal Post-War efforts of Third Stream composer Gunther Schuller. In the late 1950s there were few classical performers capable of extended improvisation, just as there were few jazz artists adept at sight reading. Today, those differences are vanishing. Harrison employs a stellar cast in his mixed nonet, which delivers one of the most fully realized hybrids of classical music and jazz in recent memory.

The lengthy "Rising" is a rousing tour-de-force; a fevered amalgamation of interweaving contrapuntal lines, multiple concurrent polyrhythms and knotty collective improvisation that coalesce into a chromatic mosaic. Alto saxophonist David Binney centers the movement with a breezy solo that gracefully builds to a dramatic conclusion.

The elegiac fourth movement, "We Have Been the Victims of a Broken Promise," is heartbreaking; rarely are contemporary musicians so nakedly emotional in this era of irony and cynicism. The piece soars with bittersweet melancholy as the strings swell with plangent lyricism.

The suite concludes with "Ceaseless Motion," an amplified variation on the opening theme that climaxes with a pungent alto solo from Binney. Harrison assumes an arranger's role until the yearning post-suite closer, "In Memoriam: Dana Brayton," where he takes center stage with a searing slide guitar solo of breathtaking splendor.

Harrison's suite transcends "jazz with strings" cliches by virtue of his singular writing and a phenomenal interpretation by seasoned veterans. The Wheel is a major achievement for Harrison and one of the best records of the year, regardless of genre.

The Wheel: American Farewell, Blues Circle, Rising, We Have Been the Victims of a Broken Promise, Ceaseless Motion (Watch the Future Roll By); In Memoriam: Dana Brayton.