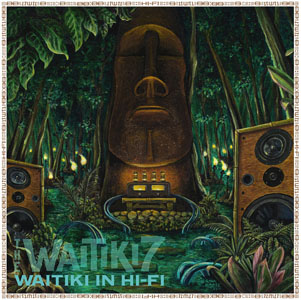 It must have been hell being a young adult in the US in the 1950s. Imagine it: the government was headed by a five-star general; nuclear Armageddon was a constant threat; race relations were bitter going on murderous; demands for workers' rights were seen as communistic subversion; working women were viewed as abnormal; gays were agents of the devil; you could spend years in jail for possessing a joint (while your parents survived on a cocktail of alcohol, cigarettes and prescription amphetamines and barbiturates); everything seems to have been in black and white; and the pressure to conform was unrelenting. How much has changed? A lot. How much has still to change? A lot more.

By 1957, however, the times were a-changing, at the top end of society and in its underbelly. That year, Jack Kerouac's beat manifesto, On The Road, after years in search of a publisher, finally made it into print, signaling the birth of the counterculture; saxophonist Ornette Coleman's freedom revolution was about to break out from Texas; John F. Kennedy and the "new Camelot" were waiting in the wings.

The exotica movement, headed up by composer/arrangers such as Les Baxter, Arthur Lyman and Martin Denny, was another rip in the straightjacket. Taking its name from a 1957 Denny album with the same title, exotica was the soundtrack of upwardly mobile young America, the Mad Men of the age. Coinciding with the advent of affordable air travel, which took holidaymakers to Hawaii and points further into the Pacific, it offered a colorful break from an otherwise monochrome life. The music's fascination with then-exotic rhythms (Latin and Polynesian), "ethnic" instruments (hand drums, percussion, gamelan set-ups and xylophones) and composition structures (non-linear evocations of atmosphere and place), could credibly be presented as the first stirrings of the "world music" movement of the 1980s and the chill-out sounds of today.

The Waitiki 7's vinyl-only release, Waitiki In Hi-Fi, is timed to honor the 100th anniversary of Denny's birth. Produced on East Coast exotica crusader Jack Fetterman's analog equipment, and pressed on audiophile quality vinyl, the music celebrates the still seductive sound of 1950s exotica while tweaking it a little around the edges. The disc features alternate takes of previously released Waitiki 7 studio recordings and a live version of Denny's "Quiet Village." It's the Boston-based group's third album release—following Adventures In Paradise (Pass Out, 2009) and New Sounds Of Exotica (Pass Out, 2010), and earlier releases by the original Waitiki quartet beginning with Charred Mammal Flesh: Exotic Music For BBQ (Waitiki, 2005).

The Denny connection runs deep. Waitiki In Hi-Fi includes pieces written or recorded by Denny, such as "Similau" and "Manila," and closes with "Quiet Village" (a hit single for him in 1959). And there are Denny connections in the lineup: drummer Abe Lagrimas Jr. performed with Denny's band, and percussionist Lopaka Colon's father, Augie, was Denny's percussionist and the originator of the bird and animal calls which were a feature of his sound.

Lagrimas and Colon are from Hawaii, as is bassist and bandleader Randy Wong. The other five musicians (you're right, that makes eight in all) are from Boston or New York. Mallet instruments were prominent in Denny's exotica, and among them Waitiki 7 have four vibraphone or xylophone players; violinist Helen Liu stands in charmingly for the string sections heard in first-generation exotica; vibraphonist Jim Benoit and saxophonist Tim Mayer deliver a degree of jazz sensibility not generally heard in the genre.

It's time to roll up a fat one, on the lush packaging so thoughtfully provided (or mix a rum-laced cocktail, as you prefer), and kick back, ideally with a sexually attractive partner. But you can write your own script.