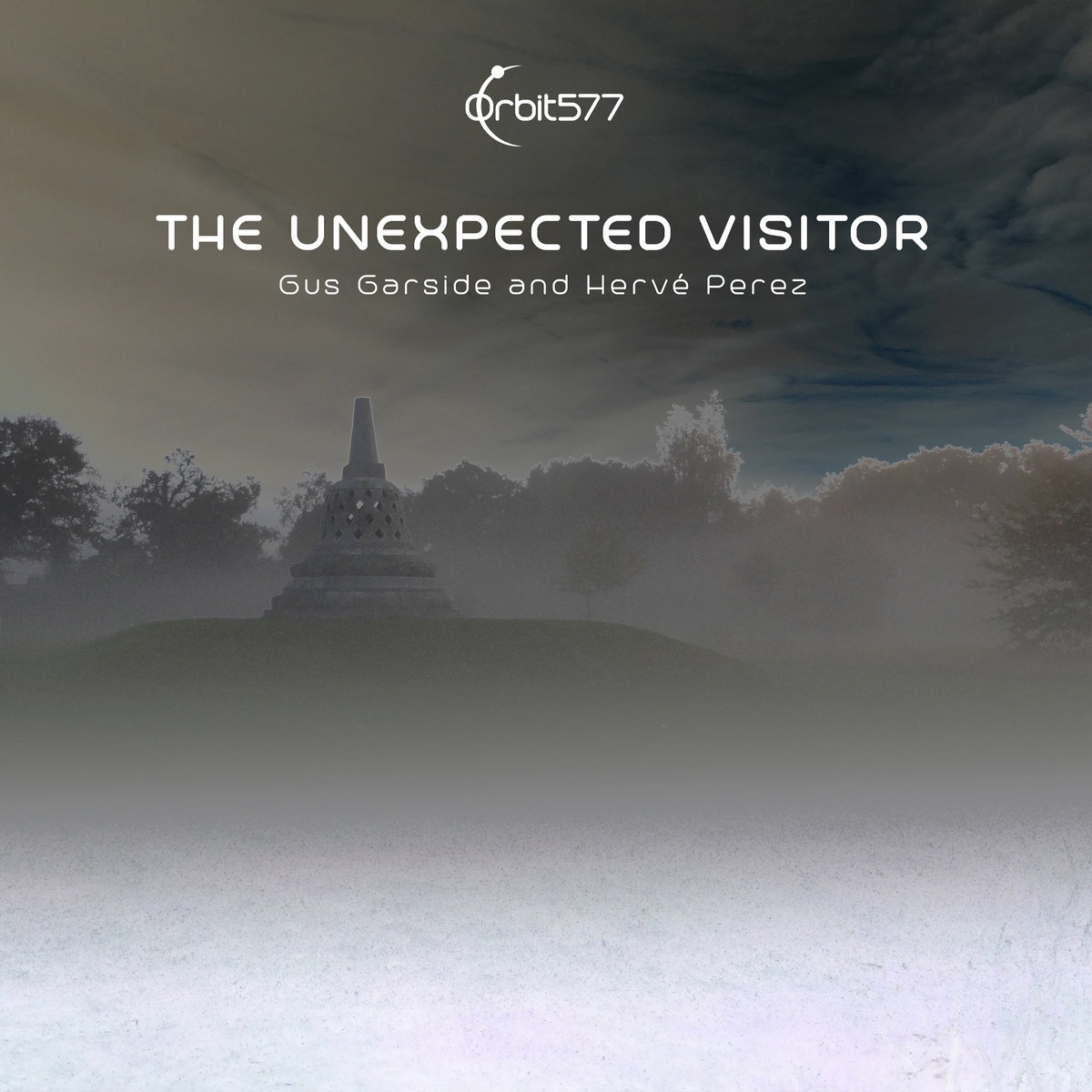 The Unexpected Visitor represents the first meeting of double bassist Gus Garside and saxophonist Hervé Perez as an acoustic duo, the two having previously worked together in the Ron Gaines / Martin Archer Axis group, recording the albums Les Oiseaux De Matisse (Discus, 2018) and Dream Feathers (Discus, 2020) on which the versatile Perez supplied shakuhachi, live sound processing, field recording and electronics rather than saxophone.

The duo album comprises ten tracks ranging in length from the one-and-a-half-minute opener, "The Guide," to the near thirteen-minute closer, "The Poet," a total of sixty-seven minutes. All the tracks are improvisations inspired by the poem "The Guest House" by the thirteenth century Sufi mystic and poet Jalal al-Din Rumi, which begins, "This being human is a guest house / Every morning a new arrival."

Recorded between March and May 2020, before and during the first UK lockdown, the tracks all feature both players although some were recorded with Garside and Perez in the same room together, some individually by each musician at home. None of the tracks features recitation, all are solely musical. Despite the poem inspiring the music, anyone who has never heard of Rumi is likely to enjoy the album as much as those familiar with him.

The key to such enjoyment rests with the playing of Garside and Perez, their listening and reacting to one another, their empathy and mutual respect. Both players are fluent and fluid on their instruments, adept at producing melodic passages and deep rich tones, leading to some exquisite exchanges between them. When the occasion arises, they can each veer off to explore the outer limits of the capabilities of those instruments rather than always remaining in safe territory. The combination of all these ingredients is an album of great variety which handsomely repays repeated listening and seems guaranteed to do so for years. This should not be this duo's only recording.

The guide; The seeker; The cook; The lover; The gardener; The dancer; The maker; The teacher; The keeper; The poet.