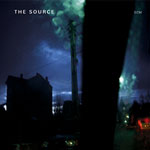 Norwegian saxophonist Trygve Seim turned heads with his two recordings as a leader, Different Rivers (ECM, 2000), and Sangam (ECM, 2004). But these richly composed discs reveal but one aspect of his work. Though he claimed in a 2005 interview not to "find soloing in the traditional manner particularly interesting," the Source—his decade-old cooperative with trombonist Øyvind Brække and drummer Per Oddvar Johansen—would seem to belie that statement.

Or does it? The Source, the group's followup to The Source and Different Cikadas (ECM, 2002), possesses a clearer improvisational component than Seim's recordings as a leader, but there's nothing conventional about its approach to the nexus of form and freedom.

Olemanns Kornett, the Source's 1994 debut on the Norwegian Curling Legs label, alluded to American influences like Charles Mingus, Thelonious Monk and Ornette Coleman, but as time has passed, the group's interests have diversified. The variety of outside projects these musicians have participated in has meant great248;er riches each time the Source reconvenes. By collaborating with string quartets, progressive rock groups, DJs and others, the Source leaves few, if any, musical stones left unturned.

But The Source is a more streamlined affair, pared down to a core quartet, also featuring recent recruit Mats Eilertsen—who seems to be getting around more and more these days as bassist for the Anglo/Norwegian group Food, drummer Thomas Str&#nen's Parish and guitarist Jacob Young's quintet.

Unlike the group's last recording, which divided compositional duties equally, nine of thirteen tracks on The Source are by Brække. Still, that doesn't dilute the group's sound, which ranges from the abstruse lyricism of "Prelude to a Boy" to the more propulsive "Life So Far," the Latin-tinged "Tribute" and the downright funky "Mail Me or Leave Me." While the majority of the pieces on The Source create diverse contexts for improvisation, everyone involved seems centered on building a feeling of spontaneous composition, rather than a rollicking free-for-all.

The inclusion of Edward Vesala's free-time "Libanera" shows just how influential the late Finnish drummer has been on the younger generation of Northern European musicians. But in contrast to Vesala's barely controlled chaos, the Source is more focused. Seim, Brække and Eilertsen weave in and around Johansen's gentle maelstrom of percussion with clearer intentions.

Seim's sole contribution is the tongue-in-cheek "Un Fingo Andalou," which might fit easily into a slapstick silent film. And while the group's version of "Mmball" on The Source and Different Cikadas (ECM, 2002)—augmented by the Cikada String Quartet and Arve Henriksen's shakuhachi-like trumpet—was almost painfully beautiful, the sparser quartet version on The Source retains its compelling melancholy.

Seim's belief that conventional jazz is "more about showing off…so many jazz musicians are more like salesmen" is clearly shared by his band mates in The Source. While creating music this spontaneous requires undeniable skill, there's no grandstanding here. Instead, The Source succeeds best as proof that the most enduring improvised music is where everyone's ears are wide open and the musicians share an ongoing shared sense of purpose.

Visit Trygve Seim, Mats Eilertsen and Per Oddvar Johansen on the web.