BY DAVID A. ORTHMANN
November 1, 2002
Sign in to view read count 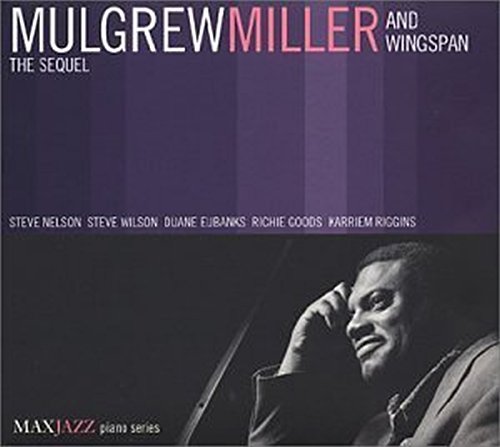 Mulgrew Miller's first session under his own name in seven years is a welcome reminder of the breadth of his talent. Miller's skills as a composer, bandleader, producer, and pianist converge to make The Sequel a unique and accessible recording. Although different in mood and texture, each of his eight compositions contains a melodic core that makes them easy (and a pleasure) to recall. He gives the sidemen ample room to express themselves, yet Miller retains a firm hand on the proceedings, providing a sense of design and inviting spontaneous bursts of inspiration.

Avoiding pointless, up-tempo adventures, tracks like "Elation, "Just A Notion, and "The Sequel manage to convey a lot of information at a pace that enables the listener to take it all in. "Go East Young Man, the set's opener, is a fine example of the ways in which the members of the sextet play off of one another. Miller's chords slice through Duane Eubanks' even-tempered trumpet, shaking him out of some temporary doldrums. Richie Goods' resolute bass line stays in the foreground during Steve's Wilson's painstaking turn on soprano sax. Karriem Riggins' bass drum thumps insistently against the ringing of Steve Nelson's vibes. While Miller's solo covers a lot of ground in a short period of time, making ideas coalesce in unusual ways, Riggins intrepidly works every part of the drum kit, prodding the pianist without interfering with his chain of thought.

The record's digressions from the sextet format are equally rewarding. "Spectrum is essentially a vehicle for Riggins' extended, conceptual drum solo, during which repeated bass drum patterns establish structure and continuity. Miller and Wilson perform an ethereal duet on "Dreamsville, one of the program's two standard songs. A traditional piano trio treatment (including Goods and Riggins) of "It Never Entered My Mind is the most moving cut on the disc. The pianist toys with the melody but doesn't alter its wistful essence. Regardless of how elaborate Miller's playing becomes, he always maintains a degree of moderation, frequently alluding to the tune and keeping things on the same emotional plane.