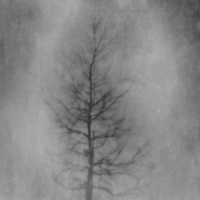 This duo's name, Beresford Hammond, hints at its membership—Charlie Beresford, guitarist and vocalist in the improvising quartet Fourth Page, and classically-trained cellist Sonia Hammond, whose first CD of Bach was recorded live in St. Mary's Church, Hay-on-Wye, by Beresford, in March 2014. That summer, when the two found themselves at a loose end due to a cancelled studio session, they used the opportunity to record some duo improvisations together, "just to see where it would go." From the off, with Beresford alternating between acoustic guitar and piano, it is obvious that the two gelled, being entirely compatible and comfortable together. This album is the end result, eight tracks varying in length from just over four minutes to eight-and-a-quarter, nearly forty-five minutes altogether.

Although the tracks are comparatively short, they are remarkably similar in mood. The instruments are distinct enough that they can be easily separated, allowing each contribution to be appreciated in its own right and as part of the totality. The two fit together to create a consistent sound that is instantly recognisable after a short exposure to it. The key to the success of this partnership is that both players stick to the fundamentals of good improvising—listening, absorbing and reacting sympathetically to one other—and work together without trying to dominate. Consequently, the resulting music is relaxed and relaxing without any shocks or nasty surprises. It is maybe best described as "chill out improv" and stands up very well to repeat listening.

The label The 52nd (named after the 52nd North Parallel, common to the UK and Quebec, the homes of the label's co-founders, Beresford and photographer Gaëna Da Sylva, respectively) is characterised by atmospheric black-and-white photographs similar to this CD's cover shot by Da Sylva. That seems entirely fitting, as the stark beauty and simplicity of Beresford Hammond's music fit perfectly with the mood created by those photos. We must hope that the duo repeat their winning formula again soon. This stuff could very easily become habit-forming...