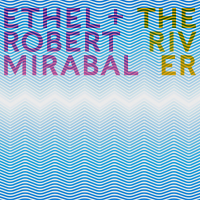 The long-running creative music string quartet, ETHEL, shares some common ground with the pioneering Kronos Quartet. Both share an adventurous taste for unconventional projects and unlikely alliances. ETHEL however, pushes their instruments far beyond the norm with electronics, amplification and noise and unlike any other ensemble of their kind they are more than comfortable letting the wrecking ball get disconnected from the chain. They have worked with Joe Jackson, David Byrne, Thomas Dolby, Muhal Richard Abrams and Vijay Iyer among many others. A frequent collaborator, and the quartet's partner on The River is three-time GRAMMY winner Robert Mirabal.

Pueblo flautist Mirabal is widely recognized as a musician, poet and author. His home, among the four-level Taos Pueblo adobe buildings of New Mexico have been inhabited for more than one-thousand years; longer than any human habitat in the US. Mirabal is famous for his own production of flutes with part of his collection being housed in the Smithsonian Institution's Museum of the American Indian. Mirabal performs globally, playing Native American music, tribal dance, with a rock sensibility, singing, reading poetry and telling stories. His association with ETHEL dates back almost a decade. The quartet's affinity for Native American music has been demonstrated in the past with Oshtali (Azica Records/Thunderbird, 2010) which featured music from Chickasaw Nation composers.

Surrounded by the drone of strings and a choir supporting Mirabal's native language vocal, "An Kha Na" provides a moving opening to The River. With a combination of plucked and bowed strings, ETHEL joins with Mirabal's flute on "Tuvan Ride"; the piece feeling a bit like an exuberant Celtic reel. Yet another variation in the music comes with "Skywatchers." Built around Mirabal's poem, his recitation is enhanced with ethereal strings and a simple drum beat. "Peace Calls" and "Wi-Wa" bring back the choir and are emotional highlights of the album. Elsewhere, Mirabal's presence ranges from subtle to commanding, coaxing austere melodies into existence and then layering in voice, strings, flute and percussion to form intricate soundscapes.

The strings of ETHEL bring a unique context to Mirabal's powerful ability to tell a story, especially when they hover over his accounts in a judicious, almost isolated way. Together, they create tantalizing dialog as only eloquent conversationalists could. The River is fine creative music borne out of diverse cultural influences, artistic experimentation and mutual respect. The compositions—credited to Mirabal and ETHEL (individually and collectively)—are transformational and despite the variety of ways the pieces are rendered, there is a consistent and organic flow throughout.