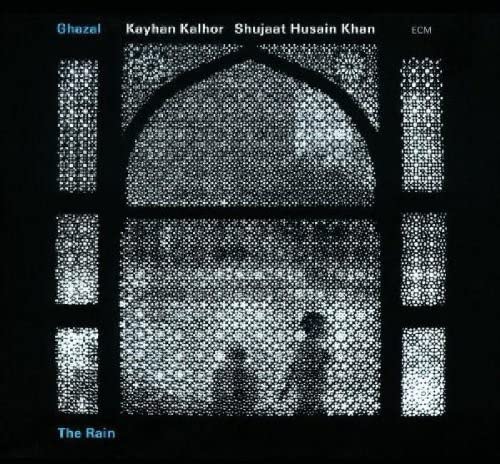 Six years and four records after forming the unit known as Ghazal, a collision between Persian and North Indian traditions, Kayhan Kalhor and Shujaat Husain Khan have stepped off the Silk Road. Kalhor is a master of the fiddle-like kamancheh and thoroughly steeped in the Iranian classical repertoire; he also spent considerable time learning Western classical music. Shujaat comes from a long line of musicians, specializing in the Imdad Khan school and emphasizing the lyrical aspect of the sitar. His rare vocal contributions transform the fusion into a sort of worldly folk music.

The titles of these three pieces are hardly subtle: "Fire," "Dawn," and "Eternity." They represent a continuum and embody a spectrum of tone and energy. "Fire" has a punchy (though still meditative) vitality, its conversations tending toward terse statements strung together in a sequence with surprising continuity. "Dawn" turns inward, and "Eternity" offers an unapologetic atmosphere of revelation and resolution.

The Iranian and North Indian musical traditions share harmonic, melodic, and rhythmic features dating back centuries, and despite an ostensible contrast between styles, there's more in common than may immediately be apparent. Shujaat's ear is equally attuned to the serene drone-like and expressive melodic qualities of the sitar, which he uses alternately to support Kalhor and render ideas of his own. The thirty-something Sandeep Das lends understated support on the tabla throughout.

Iranian music rarely reaches Western ears for political, cultural, and economic reasons, and so it's a pleasure to hear Kalhor play his violin-like instrument in and around this hybrid idiom. It's tonally centered and grounded in a relatively fixed harmonic framework, but within these confines his creative range is extremely broad. Bowed or pizzicato, foreground or background, subtle or extroverted, his voice feels warm and personal.

The hour of music presented on The Rain comes from a 2001 live performance in front of an audience at Radio DRS in Bern, which of course only enlivens the proceedings. For the uninitiated, this duo presents a wonderfully accessible and dynamic gateway into an under-appreciated zone of the musical universe.