By DON PHIPPS
December 5, 2017
Sign in to view read count 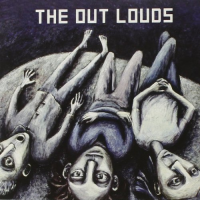 The Out Louds want you to know -it's not about compositions -it's about collective improvisation based on evolving musical themes. Go where the feeling takes you. Listen and add your voice. Branch out and come back. Go under water. Crawl through dark tunnels. Run along city boulevards. Crash in one's own room, quiet in the darkness before the break of sunlight. No, this is not toe tapping, head nodding business. This is formalism without edifice. There's a mental rigor to this music—give and take, post and riposte. Plus it's the musical equivalent of a conversation between three gifted, extremely talented, close friends.

The Out Louds are Tomas Fujiwara on drums, Ben Goldberg on clarinet, and Mary Halvorson on Guitar.

Special moments abound with this album. For example, "Nearly Wild" starts out with a free form clarinet solo by Goldberg that evolves to a hyena laugh and chatter over the steady pulse of Fujiwara's drums. Halvorson stretches out the guitar while Goldberg holds a long note. Behind it all is Fujiwara, creating a flurry of rhythms with his drum set.

Or take "Preference," with its opening guitar chord followed by a chirping clarinet announcement, all atop speedy snare work that propels the music forward. Halvorson shines with her solo over the abstract noises generated by the electronics. It's almost as if Mr. Toad's Wild Ride has shuddered and left the tracks. Goldberg anchors the piece with his rotating motifs and the rest of the band members follow, giving chase along a rocky road.

Another highlight, "Obedience," begins with a slow rotation that suggests a quiet dark night stroll. One can almost feel in the music the mist from the sidewalks on a chilly, damp San Francisco night. Call it film noir improvisation. While Goldberg spins a blues riff that extends into a passionate plea, the music slowly builds until it cascades off the walls like great ocean waves hurling over rocks. The music winds to a conclusion with a repeating flutter by the clarinet.

And in "Black Garlic" Fujiwara provides an explosive drum solo that rises from Halvorson's mysterious and eerie distortions. Halvorson then joins in with challenging chords and dissonance while Goldberg provides accents atop the maelstrom.

While each track is named after a flower, The Out Louds describe their music as "sonic research." It's not unlike a laboratory of playful experiments designed to model effects while demonstrating empathy. It is where formalism and beauty are conjoined. And it's not just music but the space between the notes too.

A debut album should be special. And this certainly is.