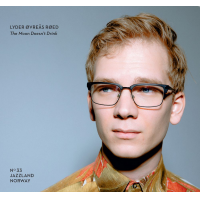 A promising own-name debut from the Norwegian trumpeter, Lyder Øvreås Røed's The Moon Doesn't Drink has both feet planted in analogue-era jazz yet sounds wholly modern. Røed's melodic, intimate style and burnished tone may be reminiscent of pre-electric Miles Davis, but if this album comes across, at times, a bit like Davis' Kind Of Blue (CBS, 1959), it sounds more like natural vibe than conscious retro.

Røed shares the frontline with tenor saxophonist Hanna Paulsberg, whose spiritual-jazz infused Daughter Of The Sun (Odin) was among the most enjoyable acoustic-jazz albums out of Norway in 2018. The quintet is completed by pianist Eyolf Dale, bassist Steiner Raknes and drummer Tore Ljøkelsøy, who can be heard alongside Røed on Slow Is The New Fast's Slow (AMP, 2018).

Ever since Jan Garbarek put Norwegian jazz on the map, and even more so after the international success of his rigorously ascetic beyond-jazz Officium (ECM, 1994), the genre has acquired a reputation for being, at best, emotionally reserved, at worst, chillingly buttoned-down. More recently, with the emergence of a generation of Norwegian musicians aligned with the electronica movement, the country's jazz has, justly or unjustly, grown parallel reputations for being obsessed with technology and for being excessively self-referential.

The Moon Doesn't Drink, like Paulsberg's Daughter Of The Sun, gives the lie to these stereotypes. The first three tracks bounce along cheerfully. The fourth, "Cool Berry," hits the same spot as "Freddie Freeloader" on Kind Of Blue. The more lonesome "The Room Next Door" follows, then the springlike "Chrysanthemums And Crocuses" and seasonally evocative "Summer" and "Autumn." All the tunes are originals and the two horns' imaginatively interwoven theme statements add to their appeal. More, please.

The Moon Doesn’t Drink; I Don’t Usually Dance; Why Are All These People Here?; Cool Berry; The Room Next Door; Chrysanthemums And Crocuses; Summer; Autumn.