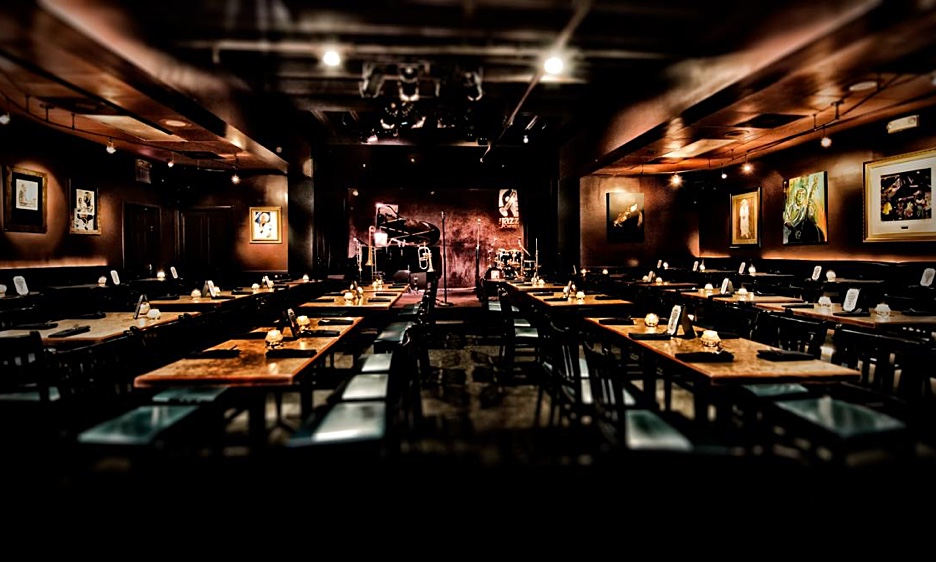 By Gloria Krolak
February 21, 2018
Sign in to view read count

She was never just a sidekick to her Superman; Lois never had a lane.

As a child my mother and legion of aunts—I'm from a large Italian family—tried to impose the "meant to be" philosophy on me. Remember the tune "Que Sera, Sera/Whatever will be, will be"? When something good happened, say you won a ribbon at the science fair, it was because "it was meant to be." The converse was also true, insinuating you only need wait for things to go your way, not work for them. That advice chafed like an over-starched collar. I reacted—some might say over-reacted—by taking some wrong-headed actions to prove them wrong. Years later I met Lois Masteller, jazz champion, savvy businesswoman, and gregarious people-lover, whose way in life is far from the passivity I knew.

"Nothing just happens," said Lois, owner of The Jazz Corner, Hilton Head Island's premier jazz showcase and dinner club. Running counter to the lovable and well-intended aunt army, her philosophy compels you to identify what you want to happen, and then figure out the best way to accomplish that. It requires thought, planning, responsibility and accountability. If the club is a success—and seven years acclaimed as one of the world's top jazz venues by Downbeat Magazine says it is—that's because she and husband Bob made it happen. Their business plan included more than numbers and dollars. They were people-oriented and proactive from the very beginning.

In 1999, after Bob retired as vice president to development pioneer Charles Fraser, who created the Sea Pines community on Hilton Head Island, and Lois retired from her executive placement firm in nearby Savannah, (they'd also sold their property management company earlier), they decided to bring jazz to the little barrier island. Bob was a fine musician who played both trumpet and the vibraphone he inherited from his father, who was also a jazz violinist. He grew up with music in a big family that welcomed musicians and treated them like family. The elder Masteller had his own big band, in which Bob played early on. Lois, an ardent music fan who, as an only child, was treated to her mom's full attention and love of Broadway, dove right in to the project with him. She was never just a sidekick to her Superman; Lois never had a "lane."

They'd met in upstate New York, where they both lived. Bob went into the military after which he attended Hobart College, Lois at Elmira majoring in history and education. They married and adopted their son Bobby. When Bobby was three they moved to Hilton Head to accept Fraser's job offer. That's where younger son David was born. Lois spent ten happy years as a stay-at-home mom. David, an accomplished bassist and aspiring vibraphonist, is now his mother's partner, together running the show since Bob's sudden death in 2015. Bob had always led his own group at the club with a joy that infected diners and musicians alike. "Have fun," was one of the legacies he left to the many players whose careers he helped groom. That spirited communication with audiences is insight into The Jazz Corner's success.

The first years, however, were not easy. Bringing jazz to an audience unaccustomed to it requires an educational component, and that occurs slowly over time. Jazz is its own language. It doesn't baby us with constant repetition or allow listeners to use it as background music. It doesn't bore us by being played the same way by everyone. And above all, it's not so much what is played but how it is played. Patiently the Mastellers cultivated their audience, mainly with straight-ahead jazz, drawing not only more followers to Hilton Head, but players. Today the island is rich in top-flight jazz musicians, many of them local talent, thanks to the Masteller team. The popular 99-seat club requires reservations weeks ahead. Their Junior Jazz Foundation, started in 2004 to encourage and promote the next generation of musicians by providing jazz education and performance opportunities, insures the musicians are there to continue the jazz tradition.

Early on Bob and Lois experimented with food service, their chef starting with appetizers until a new man in the kitchen expanded their menu. Now, the chef turns out 99 delectable dishes every night from the postage-stamp sized kitchen. The Jazz Corner is two businesses dressed as one, the food side and the music, each demanding its own managements skills. From the kitchen side, the menu is enticing, dinners are elegantly served, the wine list is well curated, and the service is impeccable. Of over 250 dining establishments on the island, The Jazz Corner is ranked number one by Trip Advisor. It all comes together with music that can make a jazz lover of anyone.

Lois and Bob's success relied on sound business principles. They attended to all the creature comforts, comfortable seating, good sight lines, and a perfected sound system. Their culture broadcast "welcome" in word and deed, which as a couple they did so well. Talented musicians who engage with the audience are an essential part of TJC's family; artists talk about playing at the club as if they're coming home. The wait staff is supported as well; proper meal service and in-depth knowledge of the offerings seem like second nature. The spirit is cooperation. Kelli Lesch, the general manager who has been by Lois' side since they first opened The Jazz Corner doors nearly 20 years ago, isn't above carrying dishes out from the kitchen or serving drinks when needed. Lois still greets diners at their tables which, for anyone else, would be exhausting.

Lois is a believer in leading by example. She sets the tone of professionalism even when faced with difficulty of major proportions. She and Bob were as close as Friday is to Saturday. They talked so often that they once ran up a telephone bill in the hundreds, back when phone plans were sold by the minutes. For two people who lived and worked together, that was a lot of talking. Losing Bob was a hard blow. At the outdoor New Orleans-style celebration of Bob's life at the Honey Horn Plantation she greeted the hundreds of mourners one by one, standing in heels on the grass, soothing those who came to soothe her, ignoring the chair offered to her. A few weeks was all she took off. Then it was back to the club where people were depending on her, taking their cues from her. Leading by example. Accepting change.

In 2012 English author Martin McFie wrote a beautifully illustrated hardcover book about the club, The Jazz Corner Story, which includes two CDs of music recorded there. It's a popular item and, with proceeds going to the Junior Jazz Foundation, a worthwhile purchase. The JJF also collects unwanted musical instruments, refurbishes them and puts them in the hands of needy young musicians.

These nights Lois does a solo act, but everything remains the same in the Jazz Corner world. She's still presenting the jazz that was the pair's vision and is its biggest cheerleader. David's participation and insight are invaluable. One of his advancements was to bring dining to the patio outdoors with monitors installed, to accommodate the demand for seats. Most nights Lois is there making new friends, most days attending to the club's business; the Junior Jazz Foundation's activities, fund-raisers, and summer camp; and the annual Bob Masteller's Jazz For All Ages festival each September. Bob was alive to see the first festival. Lois and their far-reaching ring of family and friends are still making it happen.

Gloria Krolak is host of Good Vibes at jazzon2.org and recently retired as a columnist for the New Jersey Jazz Society's monthly journal Jersey Jazz.