By Dan McClenaghan
December 7, 2010
Sign in to view read count 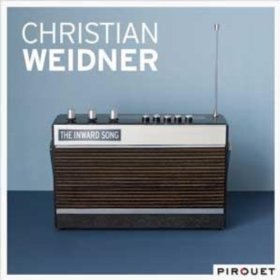 On The Inward Song, German alto saxophonist Christian Weidner has crafted music that defies categorization more than most—a slippery sound in terms of tagging it with descriptive phrases. Weidner employs a quartet this time out, following up the trio effort of his first Pirouet Records release, 2004's Choral. This new foursome is a remarkably cohesive ensemble, as much a homeostatic sound-making organism as it is a forward thinking jazz band.

"St. Paul" opens the disc. Weidner's alto saxophone sound is sharp, ringingly clear, much in the manner Jan Garbarek. The tune has a rumbling, unsettled, yet unhurried atmosphere that stops on a dime after a brief two-and-a-half minutes, then drifts into "Abendlied," a tranquil and contemplative piece of beautiful sound.

"Relief" shimmers to life on a gentle piano cascade that introduces an insidious equilibrium of instrumental input. Like most of these all-Weidner originals, surprises sneak in, in this case with a segment of agitation rising up from the "relief," as the momentum builds to its finale.

"Psalm" is spacious, understated and pastoral, while "Poem for Ada," at nearly seven minutes, is the longest cut on the disc, beginning with a solemn, hypnotic piano rumination that shape-shifts into an edgy, prowling ensemble groove.

Weidner's music doesn't have a discernible leader, and it doesn't cook—at least not often—and when it does, on "Drawn Ones," for instance, the blue flame heat seems to sneak up out of a placid chamber group coolness.

The Inward Song is a superb set of sounds. Weidner is a musician with a very developed and finely focused artistic vision; an owner of a rare original voice who has come up with one of the finest offerings of the year.