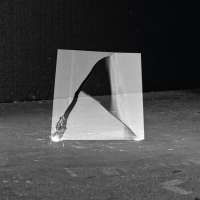 "Ambient Music." Now that is a creatively coiffured pant load of a genre designation. An outgrowth of "New Age?" The bastard child of Minimalism? Radio personality Stephen Hill's cottage industry? Well, in a word, "yes," all of these things. The evolution of music is rapidly hurling toward a time when genre will mean nothing and no longer be useful in describing the music. A new paradigm will have to be adopted to make sense. So words like "jazz," "New Age," and "Ambient" will eventually lose their meaning and then how can we "dance about architecture."

Thankfully, for the time being we do not have too. That said, what of German composer J. Peter Schwalm's The Beauty of Disaster? At first blush and considered as a musical suite, it sounds like a futuristic noir soundtrack providing the sonic ambiance to an undetermined and undefined scene. In Schwalm's work there is evidence of Philip Glass, Arvo Part, John Taverner, and Peter Townsend. There is an undeniable "spiritual" element to this music that is akin to a heartbeat. Additionally, I hear a better behaved version of Rare Noise brother Jamie Saft's Slobber Pup, whose recordings, Black Aces (Rare Noise, 2013) and Pole Axe (Rare Noise, 2015) teach musical dynamics and dramatics at the highest and most intense pitch. Dial the attenuation down on this creativity and Schwalm results. Or, conversely, vice versa.

The Beauty of Disaster is not music to consider closely. Rather it is music to immerse oneself in.