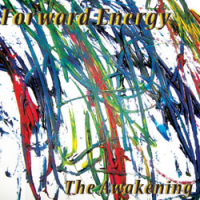 One never knows whether reed men Jim Ryan and Rent Romus will take matters to the next level or slam conventional jazz applications through the meat-grinder. Respectively, the artists are known for skirting the outside through the mouthpiece of various ensemble configurations, straddling the avant-garde, and an array of mechanisms that often defy categorization.

Toggling between avant-minimalism via pianist Scott R. Looney's succinct voicings and Eric Marshall's edgy bowed-bass lines, the overall muse combines a quietly expandable setting that segues into maniacal crash and burn tirades by Romus and Ryan. They give new meaning to descriptors such as highs, lows, peaks and valleys. And they continue along this path for four-and-a-half minutes, where temperate improvising gives way to a full-throttled airborne assault. It's a divergent set that occasionally swerves off the jazz radar, but offers more than just a few entertaining propositions.