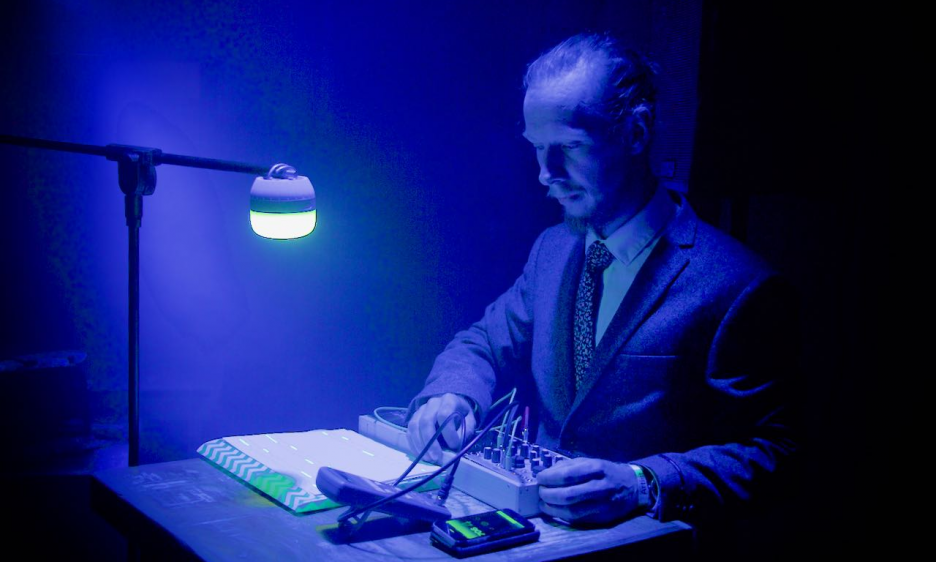 Postponed from March, the Tallinn Music Week might not have happened, even in August. Seemingly on the cusp of cancellation, its team forged ahead with determination, even though many of their booked artists were forced to veer away due to the increasing red-zone virus status of many European countries. Ultimately, there was a higher ratio of native Estonian acts present this year, but also visitors from fellow Baltic States (and amber-zones) Latvia and Lithuania. TMW is probably the main international music event on the Estonian calendar, although doubtless chased by the more specialised Jazzkaar festival, which is itself postponed from April to October 2020.

TMW inhabits multiple venues of varying types, although the majority are existing music boltholes, and usually running as bars. This allowed a proliferation of various themed nights, with artists selected by a particular promoter or record label. Your scribe's favourite haunt during the festival was the Sveta Baar, which lies just on the edge of the core Telliskivi Creative City. This is a zone that was formerly a factory/warehouse site, but during the last decade or so, it has been infested by an impressive array of alternative cafés, galleries and bars. Gentrification need not be mainstream and corporate, with Tallinn at the vanguard of artistic renewal, transforming derelict buildings into throbbing hubs of vitality.

Sveta Baar hosted nights devoted to Grom and Heaven's Trumpet, with both of these biased towards sonic extremity and advanced imagination. Grom is a hopefully soon-coming festival in November, pending regulations, whilst Heaven's Trumpet is a more amorphous organisation, although mostly a record label. Grom highlights included Mört, a heavy rockin' Tallinn combo with an extremely powerful and guttural vocalist, plus Bible Club, a spontaneously vehicle-crashing techno duo, also from Tallinn. The Heaven's Trumpet highlights were the veteran weirdo jazz-rock-electronics outfit Kreatiivmootor, and the Eesti Elektroonilise Muusika Seltsi Ansambel, who infiltrated every corner of Sveta with their small clutch of electronic manipulation devices.

Mört's singer possessed a diseased operatic savagery, and an imposing physical presence, bass-growling along to the band's 1970s boogie metal, every song acting as a climax, the lead guitarist's solos impersonating the style of his radiating hair-gunk. Much later, Bible Club's set strutted by with surprising speed, so involved were their beat- and-texture build-ups, their accumulation of layered propulsion, seemingly open to sudden inspiration, jackknife swerving with a livid edge.

Formed almost two decades ago, Kreatiivmootor had an alto saxophonist who inserted free jazz writhings amidst a heated bed of electro-rock angularity, left free to explore her own impulses, directly responding to the riffs and beats. Their main singer operated between verses of song and poetry, intoning, ranting and freestyling, and also providing some of the electronic texture. He's not so much a singer as a verbal effects machine. This guitar-meshing band boasted a spread of equality, at the service of their hard- grind grooves, with only the alto set free for flight.

Fresh since 2017, the six-piece Eesti Elektroonilise Muusika Seltsi Ansambel perform in suits, shirts and ties, inviting their audience to slowly move around the space, inside their spread-out grouping of speakers and equipment. Much of their music revolved around pure tones, generated for substantial spells, before one of their number would initiate a soft turning via a poised hand signal. Drones, slow sweeps, dips, and an intensifying whining would lead to softly trilling oscillations, subtly developing via tiny knob and dial adjustments. Their results were more environmental than linear, infiltrating the Sveta environs. A soothing touch of the gear stick signalled the second 'movement,' following a contemplative pause. They were probably the most ambient group of the entire TMW, although earlier that same Saturday evening, a pair of lone laptoppers sculpted in front of the Sveta, with a free admission outdoor preview for the night's coming activity. This was a different kind of ambient, having a foundation in chilled-out electronica, provided by Wondering O and Roland Karlson, the latter having the creatively intricate edge.

Moving along to other joints, it was time for a late night discovery of Valentina Goncharova at Kauplus Aasia, a bar that seemed more like an alternative nightclub, close to the train station. Goncharova is a veteran electronic composer, born in the Ukraine, but long resident in Estonia. Apparently she only plays gigs very rarely, so this was a fortuitous opportunity. Playing cello and then violin, she hung inside spread webbings of drone and abraded layering, her husband Igor Zubkov a shadowy figure, working at a tabletop of gear, as gently burbling electronics lapped against the wooden walls, a cyclic chiming evolving over slowed percussion and singing pulsations, reinforcing Goncharova's violin transcendence.

Back in Telliskivi central, in the Kivi Paber Käärid bar, the all-female Lithuanian drums-bass-guitar garage rock trio Shishi demonstrated their humorous yet spiky repertoire of immediately adhesive songs, their set-list filled with kooky hook-heavy tripping. Their ensemble vocal overlapping called to mind the work of Kleenex/Liliput, from way back in late 1970s and early '80s Switzerland, but that line still followed up to today's combos Goat Girl and The Orielles, from England. Shishi have the potential to infiltrate the global alternative rockaboogie scene, for sure...