Maximize your visibility at All About Jazz by upgrading your musician page from standard to premium. With it, you'll receive All About Jazz home page exposure, a highly stylized / ad-free musician page with bonus features and benefits, an ad, plus you control where you sell your music and so much more.
Learn More
210

Vocalist Debbie Cunningham is known as a powerful and engaging entertainer. Her musical styling of jazz is soulful and sultry, yet elegant and sophisticated. She holds a Bachelor of Music from Pennsylvania's Temple University. Most recently, Cunningham was featured in the independent film, Sway, due to be released in late 2010. She lives in Franklin, TN with her husband and two children. 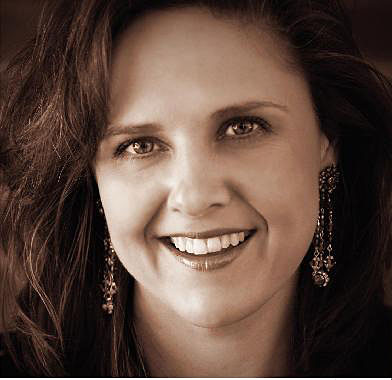 Hitting the ground running on her career, the Massachusetts born, Central Pennsylvania raised singer recorded an album that Cunningham's growing legion of fans call "soulful, sultry and smooth...delicate, delicious...elegant and sophisticated...lyrical and intimate...engaging" and, even more to the emotional-spiritual point, like musical "Botox for the soul."

The industry buzz around The Rest of Your Life has been equally compelling. Critic Mut Asheru, from Unsigned: The Magazine, recently wrote: "What a glorious sound Debbie makes on this album...What I love about this album is her vocal fearlessness...There are hundreds of ˜My Funny Valentine" renditions floating around and her sassy version is rather refreshing...Each of the 11 tracks are on absolute elegant treat."

When I coach any student I focus on lyric phrasing. Vocalists have to stop and think about how they would "say" a phrase before they put it to music. Otherwise, they lose the integrity of the lyric by singing too much.

I would love to work with Christian McBride. His father played bass on my CD and was amazing.

The Palace Theater in Crossville, TN. It is an old refurbished theater, quaint, with lovely acoustics. It is a jewel in the South.

Michael Buble, It's Time is my current favorite. It never gets old and I just feel good when I listen to it. I think I love everything David Foster gets his hands on. I listen to so many styles of music and I like how this incorporates the big band sound with pop and rock influences all in the same record. Lovely duet with Chris Botti, whose phrasing makes me melt. It's great when you are cleaning the house! And yes, I still clean my own house, LOL!

I was in the film, Percy Jackson & The Lightning Thief. I'm a badminton player on the lawn of the Parthenon.

I am currently in the early stages of the next album. I'm writing about half for this one. There will be a little more swing, probably with horns and a few Latin flavored tunes as well. I only wrote one for the first record so I'm excited to be stretching myself a bit.

An interior decorator. I love picking paint and fabrics for my own home. Rearranging furniture and accessories is a creative outlet in itself.