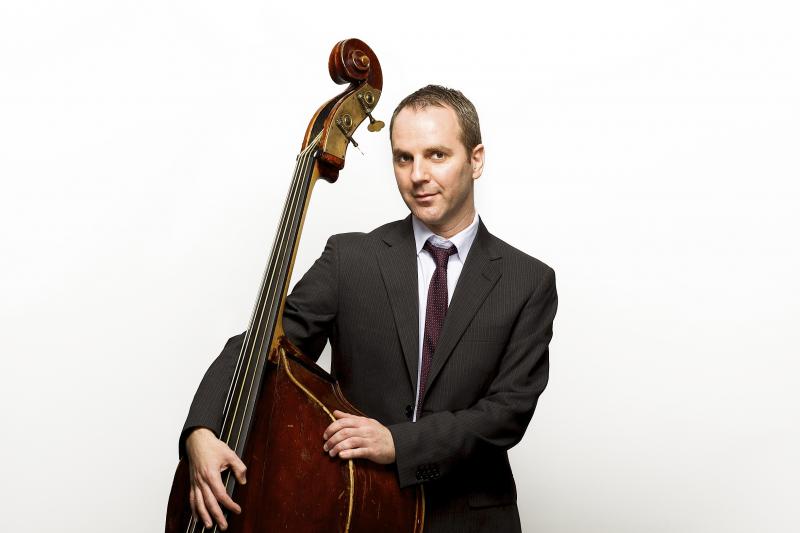 He is featured on more than fifteen critically acclaimed recordings, including Josh Brown' The Feeling of Jazz, alto sensation Dmitry Baevsky's Some Other Spring, as well as on Belmondo's Hymne au Soleil, which won three Jazz Grammy Awards in 2004 and sold more than 20,000 copies. He recently recorded on pianist Laurent Courthaliac's Pannonica , sharing the bass chair with jazz legend Ron Carter.

Clovis recently graduated from the prestigious Juilliard School with both a Bachelor and a Master of Music.

My first teacher was Mr Fabre, a classical bass educator in Avignon, France. As far as jazz is concerned, there was no great school where I come from, so I was mainly self-taught. I ended up touring with British alto player Peter King at the very beginning of my career, which was the best school for me. Later on, when I moved to New York, I decided to go back to school at Juilliard, where I studied bass with Ron Carter. I also took some private lessons with Ben Wolfe, Peter Washington and Kendall Briggs for composition.

When I walked in for my first lesson with my classical teacher, Mr Fabre, he immediately asked me to sight-read a D major etude on the bass. After two minutes, he told me "You will become a professional bassist, now you need to work!" Later on, my parents told me that I used to listen to my 45 RPM LPs so much as a child that they had to buy me new ones after two months. I've just been into music from a very early age.

I really like jazz, its history, its sound and most importantly the swing feel. There is nothing more fascinating to me than the sound of bass and drums together, creating that unique sound over which everything else is built on. Moreover, I love harmony, melodic lines, chord progressions that make sense, structure, tonalities.

I don't have a specific dream band in mind, but there are some musicians I would love to play—or play again—with. If I was to name one on each instrument, I would say Roy Haynes, Tom Harrell, Peter Bernstein, Brad Mehldau, Grant Stewart.

Recently, I was playing with a quartet of New York musicians, in a small city in Switzerland called Vevey. The gig was a two weeks run, playing every night in the same venue. The odds were against us, as we were told that it would be impossible to fill up the place in such a small city for that long. Five people came the first night but, by the end of our residency, thanks to the word of mouth and the music, the place was sold out every night.

Charlie Parker, The Complete Dial Sessions. While I was listening to this recording, I was reading the book Bird, by Ross Russell. In two weeks, I completely switched my musical taste and I got myself immersed in jazz, a music that I was just discovering at that time.

I have a Degree in Philosophy. As a teenager, I was tired of not always having the last word during my conversations with my friends, so I decided to study philosophy. It opened my mind and awareness, and it gave me a great method I still rely on sometimes.

I have a busy schedule as a freelance bassist in New York. I also work with a few steady bands, like the Carlos Abadie 5tet (a live album is on its way), the Anderson Twins Sextet and Octet, Samora Pinderhughes' Transformations Suite" (to be released soon). I also recorded with pianist and long time friend Laurent Courthaliac last year, next to Ron Carter. The CD will be released on the French label Jazz Village. Besides my activities as a sideman, I recently went to the studio to record my own music, a sextet featuring some originals and arrangements of mine.

Practicing, writing music, taking care of business, and usually going to my gig at night.

Jazz bassist graduated from Juilliard living and performing in New York City for the past 20 years.