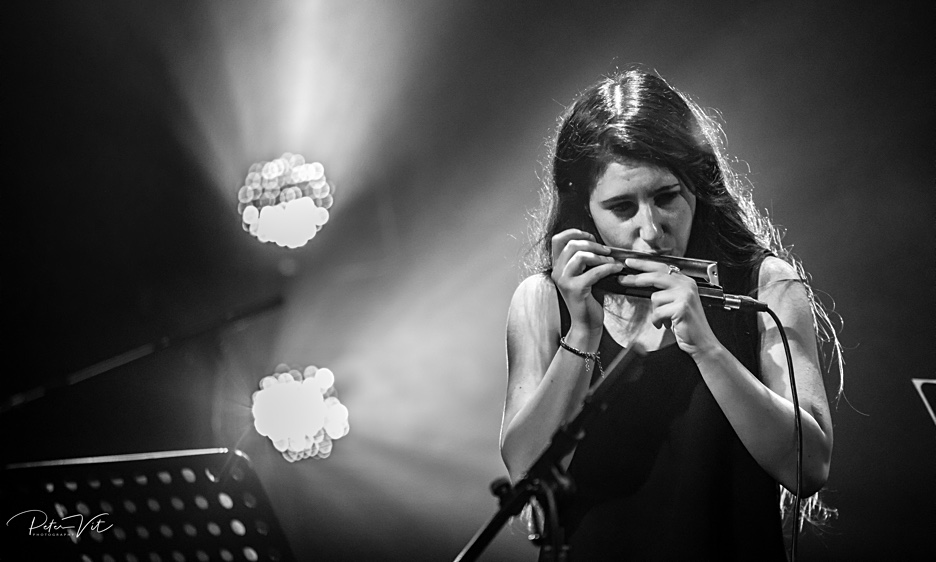 Ariel Bart is a harmonica player and composer born in Israel in 1998 and currently based in Berlin. Her debut album, In Between, was released in May 2021 on Ropeadope. In the album, Ariel presents a unique approach to the harmonica and her composed melodies, which are inspired by the European jazz tradition and the Middle-Eastern world. Ariel began playing the chromatic harmonica at the age of seven and since then it's been her primary instrument. Over the years she recorded and performed with top musicians around New York and Israel including William Parker, Andrew Cyrille, Steve Swell, Achinoam Noa Nini, Miki Gavrielov, Davis D'aor, and as a solo performer with The Jerusalem Orchestra East and West. Ariel graduated from the New School University for Jazz and Contemporary Music in New York in May, 2020. Over the years she studied in Israel and New York City with the likes of Aaron Parks, Reggie Workman, Shai Maestro, Jane Ira Bloom, Anat Cohen, Anat Fort, Tony Malaby, etc. Ariel is working to extend the harmonica's boundaries and make it more prominent by creating original music and collaborations with different bands worldwide.

other musicians played a song I composed for the first time. I was so shocked to see how one idea I had in mind, and then on paper, came to life. Over the years I found that for me there is no substitute for the feeling of creating something from scratch.

I always try to tell a story with my composed and improvised music. Music is a universal language, and as musicians we have the power to bring people together. I work to make my music accessible and aspire that listeners relate to their own personal experiences through the music. I feel that a significant part of my quest as a jazz musician is to make my music accessible to a wider audience than the immediate jazz community. One way I approach this challenge is by trying to keep my melodies clear and bright and exploring the power of simple and lyrical melodies.

Let the students have fun and fall in love with the instrument first. Technical and theory subjects will come later.

The title track of my debut album In Between. It's the last track I wrote for the album and actually the first notes we played in the studio. It sounds fragile and raw, and on the other side full of emotions and excitement. It set the mood of the whole recording session.

I try to bring honesty. To share an emotional development through my music. Hopefully, I'm successful in that.

New young artists from all over the world are shining with new amazing original music and projects. Sometimes the music feels only intellectual, without the soul that shines in other genres and defined the jazz in the old years. Beyond the music scene, I feel like people have less and less interest in the genre. Very often they have an idea in mind of what "jazz" is, and they close themselves to the opportunity of discovering something they might like. It's a shame, and this is where we should do better as a community. We need to find a way to be more approachable.

I feel like the most important thing is to keep innovating for ourselves and our audience. Honor the history and the tradition with the idea that we have to react to the things that are happening nowadays. Everything is open to interpretation and change.

My new album, Documentaries, is coming up in October 2022 (Ropeadope). During this year, I will be touring with my trio (featuring Mayu Shviro on cello and Arseny Rykov on piano) starting at the Bray Jazz festival on May 1st.

To feel like my bandmates are not having a good time on stage, and we are failing to create something fresh.

"Can't Imagine Love Without You" by Stevie Wonder.

Friedrich Nietzsche. It would be super interesting to hear how he feels about the way we evolved as humans in the past 100 years.

Ariel Bart · In Between