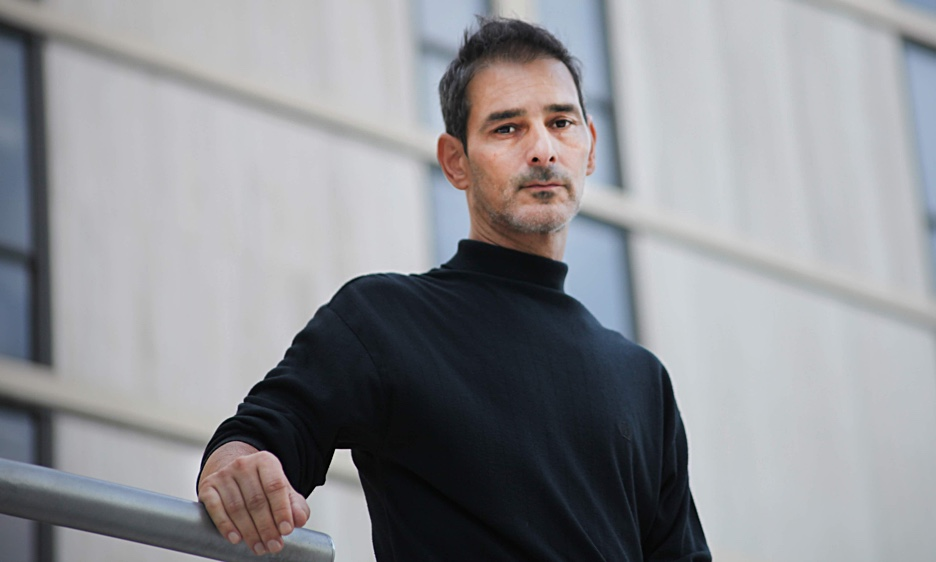 BY MOMENTUM PROJECT
October 6, 2013
Sign in to view read count
Agenor garcia or, "age garcia," as his friends call him, is a "sound poet."

He Usually prefers the absence of formal structure to evoke aesthetic to his music, in addition to or in place of the prosaic ostensible meaning.

Agenor is fascinated by the idea of transforming the structure of music, which serves to stimulate the expressiveness of his performance but dislikes the concept of "improvisation" as well the term "playing by ear." "Everyone plays by ear unless they are deaf."

Although he says that it is almost impossible not been influenced, Garcia tries to be a stylistic individual, only concerned with technics that lead to a better texture. Garcia uses a rhythmic pattern as the main subject, while melody and harmony surround it as an embellishment. He uses parallel chords, which are essentially not harmonies, but "chord melodies" as well the whole tones harmonies, that may have been inspired by the music of Alban Berg.

It is perceptible the frequent lengthy pedal points in any voice, distracting from the occasional absence of tonality, or the use of "silence" as an aesthetic language where it serves to accomplish emotions rather than anything else. "Silence also expresses emotions and can be a way to relay a message." This method is noticeable in the duos, where piano and the guest instrument continually exchange roles, providing an ornamental tapestry,

Most of Garcia's methods are, above all, to create an atmosphere where you can almost "see the mood." He says that music is most effective when you feel something visual, almost tactile.

His music is not resultant of rational thinking but an expression of ineffable feelings. For him, the notion of "order in life" is the abstract one so, art can be left for interpretation. "Each human being has one perception of reality. Therefore music, regardless of its style, is perceived by each human being in their own way."

Originally from Brazil, I grew up in a small town and started formal classical training on my 17. 5 years later, debuted as a music teacher. I moved to Brasilia, the capital of Brazil, where I started composition classes with professor Bohumil Med (conductor and director of the music department at the University of Brasilia), who later invited me to teach piano at his private music school. I've studied with different teachers, such as João Guilherme Ripper (composition -Rio De Janeiro), Cliff Korman (jazz -NYC), Group Uakti (experimental music -Brasilia), and Leonard Morris (contemporary music at Bill Evans Piano Academy -Paris).

12 years old when my mother gave me a guitar (the only instrument she could afford at the time) which I've learned empirically.

I have been involved in studies of body movement and its relationship with musical instruments, understanding that rhythm and body movement are intertwined. "I move while playing as I gesticulate while speaking." that vision, and way to play always lead me to seek a new form of music, a new form of beauty...

I am energetic, experienced, and a creative music teacher wit ha proven ability to get the best out of pupils. I am an expert at identifying the appropriate resources required for a subject matter then ensuring that they are used efficiently.

Super difficult answer, but John Taylor trio would be one of my favorite jazz trio, there is couple artist I would love to do a DUO with, ex; Dino Saluzzi (Bandoneon).

Many funny stories that would be no space here to write. Hear a Ex; ...as a gigman, I was often sleeping while playing the "every night repertoire..." Nobody ever noticed.

Lilt. It is a strong testament to my spontaneous playing. Two of the tracks were filmed by the filmmaker Renato Lombardi, shot as an uncut sequence, giving the audience an upscale artistic experience.

I think my best contribution is my endeavor in the search for a new form of beauty.

That I have two beloved sons.

You Must Believe In Spring by Bill Evans

In my perception the term "Jazz" has been used for any music, from singed to instrumental, regardless of its genre, it is Jazz when the author/musician/press decides to label it as Jazz.

At the same time defining jazz means boxing it into a certain set of narrow conventions which, in my opinion, does not work well. Every era of jazz has its new style and come to replace old ones, bring Jazz to a new perspective.

I am a composer and fan of contemporary jazz, contemporary music, or new music if one wants to label it. I always listened more to the "ECM-jazz style," but I can't state "this is the real Jazz."

I don't think the term Jazz will ever die, but any definition will emphasize certain continuities, strategies, sounds, and protocols over others. Finally, for me, JAZZ is not just a genre but a living being that evolves as time passes.

We are preparing two new collab albums: One with my friend, drummer, and composer, Andre Togni, and the other one with Mark Deutsch, the creator of the instrument called Bazantar.

None. I also love the silence.

I would still be an artist.

Allan Holdsworth. To drink a beer with him and know what was passing in that mind!

Does anyone know what music is?

I don't think so, but I'm convinced that through a deep and serene spiritual state, we can grasp the scent of music that lives in the cosmos, manifesting it through our body, and sound it back to the cosmos.