Since moving to Minneapolis in 2005, Zacc Harris has gained a reputation as one of the area's top guitarists, being named 2017 Twin Cities Best Jazz Artist by the City Pages. He performs in a host of creative projects including Atlantis Quartet, winner of the 2015 McKnight Fellowship and named 2011 Best Jazz Artist, as well as the Zacc Harris Group, American Reverie, and Zacc Harris Trio which has had the longest running weekly jazz gig in Minnesota since 2007.     Harris has toured as leader and sideman throughout the US and UK, including a 2016 run with Zacc Harris Group at London's famed Ronnie Scott's Jazz Club

The 728th Episode of Neon Jazz begins with veteran Chicago by way of Kansas City-based pianist Steve Million. He's had a busy 2021 slate of releases and discusses his activity. From there, we hear a strings infused tune from the always talented Cory Weeds. Our hour continues with music from modern artists like Miquel de Armas, ...

Accompanied by the hugely conversant John Raymond on trumpet and flugelhorn, saxophonist Brandon Wozniak, Expressionism-steeped pianist Bryan Nichols and the fluid viscosity of rhythm brothers bassist Chris Bates and drummer JT Bates, Zacc Harris—whose tonal voyage could be immediately likened to that of John Scofield (if only Harris didn't harken and manage all his influences so ...

There is a theme of currents to the music of Small Wonders, although it is not stated in the titles. Minneapolis guitarist Zacc Harris pours the music from this album into your ears, metaphorically speaking. At times it is a cascade, in other places just a trickle. Either way, listeners are encouraged to float along, and ... 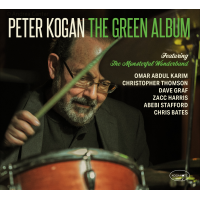 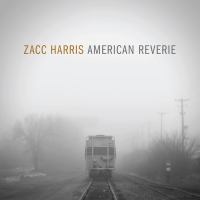 Minneapolis-based guitarist/composer Zacc Harris is mainly represented as a player here, interpreting a wide variety of American songs in the company of double bassist Matt Peterson and drummer Lars-Erik Larson. The selection of material does cover some obvious Americana folk selections, but there are several surprising choices (and one original tune). The word “reverie" in the ...

Label: Shifting Paradigm Records
Released: 2017
Track listing: Shenandoah; This Land Is Your Land; Long Black Veil; On the Road Again; Be My Baby; Take Me Out To the Ballgame; In the Pines; Simple Twist of Fate; Carousel; Jesus, Etc.; Tennessee Waltz; Star Spangled Banner.

13
Article: Jazz Near Me

Welcome to the first in a series of Jazz Near You articles where we raise the awareness of advocacy and catalyst organizations whose efforts are making a positive impact on their local jazz communities. This article was co-written by Don Berryman The Jazz Police website launched in spring 2004, initially intending to ...