Pianist and composer Yayoi Ikawa, originally from Tokyo, Japan, has been living and working in New York City for a decade. Her trio and quartet was featured on a historic nation- wide Japanese radio program Session 2008 as well as on the leading Internet radio station jjazz.net.

Yayoi expressed her sincere feeling for her roots in Japan and Asia by integrating Japanese Folk melodies into her liberating performance style on her pieces “Motherland” and “Folk Song.”

Yayoi also dedicated the composition “Peace Requiem” to a Japanese journalist killed in Myanmar 2007 and “Dear Asia” to the tragic earthquake happened in Sumatera 2004. 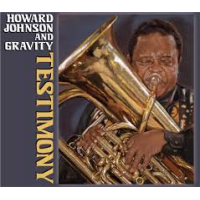 In 2006, oft-unsung drummer Michael Carvin broke a decade-long silence as a leader on record, releasing one of the strongest dates of his career through Marsalis Music's Honor Series. Fast-forward eight years and you have Flash Forward, another quartet-based album that stands as a testament to Carvin's skills as drummer, bandleader, and musical catalyst.

With a career that spans half a century, master drummer Michael Carvin has plenty to look back on, although he's mostly a forward-looking man. To say he's been prolific puts it mildly. By his own count, he's made some 250 recordings and toured the world five times. He has worked with such major jazz luminaries as ...