Having received his first piano lessons at the age of six, Israeli native Yaniv Taubenhouse graduated from the Thelma-Yellin high school of the arts in Tel Aviv. Upon graduation, he went on to study with gifted Israeli instructors such as Dr. Assaf Zohar, Ms. Hanna Shalgi, and Prof. Benjamin Oren. Masterclasses and lessons in the U.S. and Europe included work with jazz and classical pianists such as Richard Goode, Brad Mehldau, Robert McDonald, and Sonia Rubinsky. In December 2009. Yaniv came to New York to study with pianist Pavlina Dokovska and in the fall of 2010, he moved to Fayetteville Arkansas to study with pianist Jura Margulis in the piano performance program at the University of Arkansas 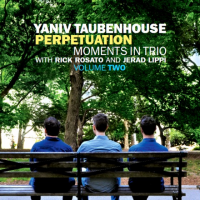 Anyone with an antenna out for an exciting, new(ish) piano trio would do well to give Yaniv Taubenhouse a listen. The Israeli-born and now New York-based pianist offers up his third recording, tagged Perpetuation: Moments In Trio Volume Two, bringing to mind Brad Mehldau's five Art of the Trio recordings on Warner Brothers Records, released between ... 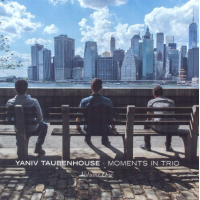 Pianist Yaniv Taubenhouse presents his second album as leader with the bold Moments In Trio, Volume One providing another fresh set of innovative new originals continuing the personal musical journey he began documenting with his highly-acclaimed debut Here From There (Fresh Sound Records, 2015). Together with new fellow band mates Jerad Lippi on drums and Rick ... 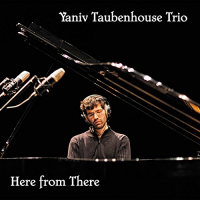 Here From There announces a major new mainstream talent, the Yaniv Taubenhouse, led by pianist Yaniv Taubenhouse, from the perspective of both his performance and composition.The album was recorded during Taubenhouse's stay at Fayetteville, Arkansas in the University of Arkansas piano performance program. Since arriving there in 2010, the current trio which includes drummer ...

Young New York-based and Israeli-born pianist Yaniv Taubenhouse, who pursued an advanced musical education at the New School for Jazz and Contemporary Music after having previously studied under acclaimed Israeli and European instructors, is essentially a classically-trained pianist. Since moving to Fayetteville, Arkansas in 2010 to study at the University of Arkansas, jazz has been his ...