Winslow’s unique blend of soul, rock and pop has been described by many members of the press and fans alike as a musical breath of fresh air. This sound, combined with the 6-piece outfit’s polished and passionate stage show has led them to sharing the stage with such major acts as Incubus, Earth Wind & Fire, OAR, Robert Randolph, Keane, Lupe Fiasco, Rusted Root, and many more. Winslow’s heavily awaited sophomore album is the culmination of 4 years of growth and changes. With 3 new members and a new recording contract with Little Fish Records, Winslow has brought in the assistance of Grammy Award Winning producer Edwin “Tony” Nicholas(Gerald Levert, Barry White, Mary J Blige) and Grammy Nominated engineer Nick Chahwala(Katy Perry, Mariah Carey, Gym Class Heroes)

Bandleader for the jazz fusion group Matthew Alec and The Soul Electric Nominated as ‘Cleveland’s Best Horn Player’ by Cleveland Scene Magazine, Matthew earned his Bachelor’s Degree in Music from Kent State University in 2007. While at KSU, he studied both 20th century classical music and jazz with Grammy-nominated saxophonist Greg Banaszak and longtime Cleveland Jazz Orchestra trombonist and composer Chas Baker. He is also a two-time attendee of the highly exclusive Inside / Outside Retreat for professional saxophonists held at Wooten Woods just south of Nashville, Tennessee

Left of the Right Direction 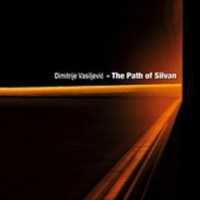