Wild Blue Herons (WBH) are Bill Sample and Darlene Cooper. They play mostly groove-oriented jazz. It’s a little bit hip, a bit cool, a bit smoky, a bit bluesy…But very much ACCESSIBLE. They perform original songs and select standards, ranging from funk to blues to R & B but with a jazz twist and a definite gospel influence. Their songs are filled with themes of love and social consciousness. This husband and wife team met through the Vancouver-based Marcus Mosely Chorale (MMC) working together as musical director (Bill) and choral director (Darlene). They found an instant connection in their musical styles, love of theory, complex chords, and groove 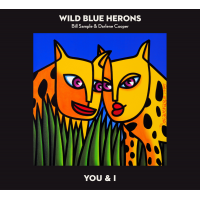 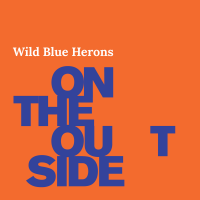 Bill Sample is a composer, producer, arranger and pianist. Bill’s career has spanned four decades and his reputation is unsurpassed. Bill is a ‘first call’ musician and composer in Vancouver. As a jazz pianist, Bill opened for Oscar Peterson and Monty Alexander. He performed with Ray Charles, Mel Torme, Robben Ford, Art Pepper, Dee Daniels and Fraser MacPherson. As musical director for David Foster for 9 years, he performed with Celine Dion, Brian Adams, Peter Cetera, and Kenny Loggins, to name a few. He was music director for the Variety Club telethon from 1985 to 1995. In 2003, Bill was inducted into the BC Entertainment Hall of Fame