b. 24 February 1947, Sverdlovsk, Russia. During the 90s Chekasin was the most highly regarded saxophonist in the former Soviet Union, his style a blend of the late Rahsaan Roland Kirk’s high-pressure hard bop (Chekasin frequently plays two or more horns at once), 60s New York free-jazz tenor and wild Peter Brötzmann -like howls, mixed with a great deal of onstage clowning and theatricality. A composer and keyboard player as well as a saxophonist, Chekasin was originally a violinist (he took it up at the age of six), then shifted to clarinet and alto saxophone, beginning to lead jazz bands around 1967 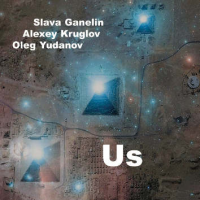 Jazz has influenced many other genres of music and, likewise, many other genres have influenced jazz from its very beginning. What is really exciting about the scene at the moment is just how much enrichment it is getting from the rest of the world. It works both ways, of course; jazz musicians from countries which have, ... 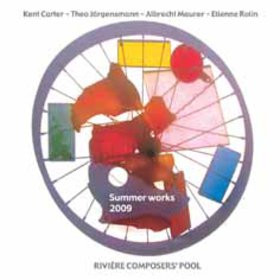 Rivière Composers' PoolSummer Works 2009Emanem2010 Summer Works 2009 is, very possibly, one of the finest testaments to spontaneously composed contemporary music since saxophonist Steve Lacy fired his first broadsides in Europe almost four decades ago. The music flies in the face of logic--how can two,three or four ...