Part 1 | Part 2 Festival International de Musique Actuelle de Victoriaville Victoriaville, Quebec, Canada May 16-19, 2019 The first two days of this year's FIMAV lived up to lofty expectations, and, if anything, Saturday's and Sunday's programs looked even more promising, with artists such as Roscoe Mitchell Vijay Iyer, ...

There are some years when certain artists and their instrument stand tallest among the tall. This year it was piano players. Established names, exciting discoveries. Creation music for repeated listening, relentless invention, insight, humor, new equations. Each with a particular turn, a defining touch, that takes you past the chaos of our harshest days. 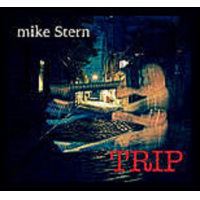 As 2017 was another exceptional year in new music, choosing the recordings that rise above is a daunting task. It is also a lot of fun. Yes, such “drudgery" to listen to countless strong musical efforts from artists all over the world. The vast spectrum of seasoned pros, to new blood, and everything in between provided ... 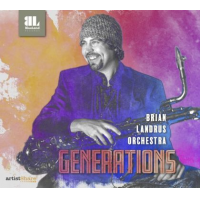 By most measures 2017 was not the best of years. In the jazz world however, the creativity and dedication of musicians worldwide was a beacon of positivity and purpose. Matt Wilson and Jane Ira Bloom made superb connections between poetry and jazz, new artists like Simon Millerd and Laura Campisi made strong first impressions and veteran ...

No genre breakdown this year. I've included every release that I rated at 4.5 stars or better, plus a number of 4 star reviews (that was the hard part, as there were lots of those). ECM had an exceptionally strong year, and I had trouble limiting my selection even this much. This is a chronological list, ...

Vijay Iyer Sextet: Far From Over

Pianist/composer Vijay Iyer has employed different instrumental forces for each of his ECM albums. Most recently, A Cosmic Rhythm With Each Stroke (2016) was a duet with trumpeter Wadada Leo Smith, while Break Stuff (2015) featured his long standing trio with bassist Stephan Crump and drummer Marcus Gilmore. For his fifth ECM date as a leader ...

Vijay Iyer Sextet: Far From Over

There are any number of valid ways to describe Vijay Iyer's music over the course of his twenty-three albums. Analytical, angular, intricate, dissonant, and oddly lyrical; his two previous ECM releases, Break Stuff (2015) and the duo outing, A Cosmic Rhythm With Each Stroke, with Wadada Leo Smith (2016), have been more widely accessible without forsaking ...